Remember we did the beach clean up yesterday!  Well you kinda wonder why you even bother.  The county cleans the bathrooms every second day and this was not the day but look at the mess some one had made in the bathroom.   Obviously some alcohol and maybe some tacos with really hot sauce caught up to some partier.  They cleaned out the toilet paper and then left their pants hanging over the garbage can.   They must have been really ticked about it because they smashed beer bottles all over the cement outside the door.   We just marvel at some of the inconsiderate behaviours that prevail here.  The county is trying to fix some of the problem by putting maximum stay lengths on camping, but I think they would be better served getting more patrols to check on the rif raf doing these sorts of things. 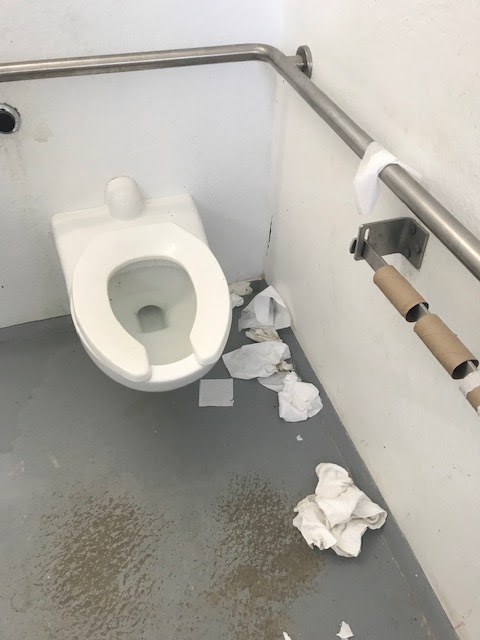 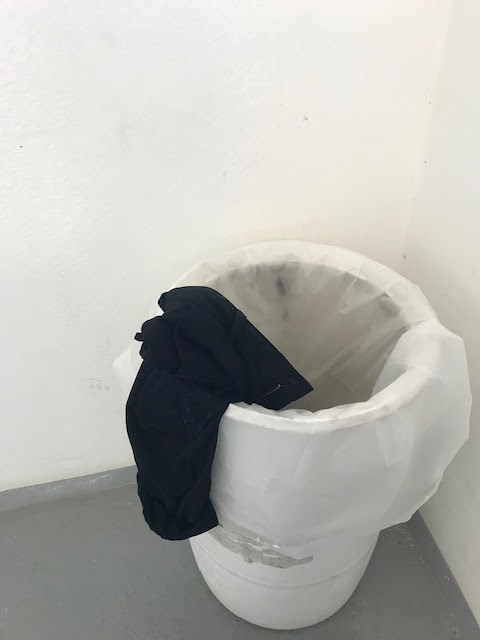 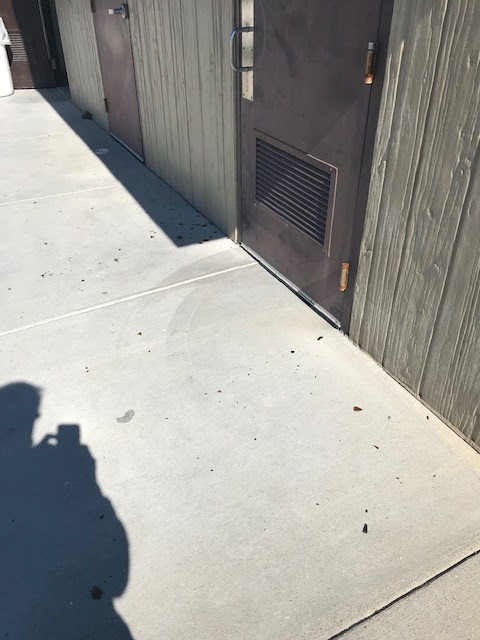 On a brighter note, we were invited to Randy and Sues for a farewell BBQ.  Randy is a great cook and he BBQ'ed up some delicious chicken, pork, as well as some venison sausage.  We had Texas beans and rice salad.   The rice salad was like potato salad except using rice.  He also made up some beer bread which was delicious!  Burp!!  We had some upside down pineapple cake with whipped cream out of a can, which Sue and I spent all afternoon buying... lol   I got the after supper picture for all ya'll. 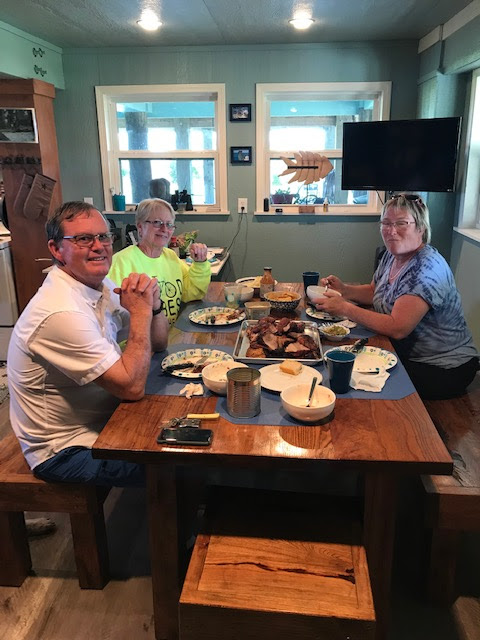 After supper we played some cards.  We played Elevator and 31 and I got my behind handed to me in both games.  We had a lot of fun in the meantime.  We have made some great Texan friends down here and we hope we can come here often to see them in the future. 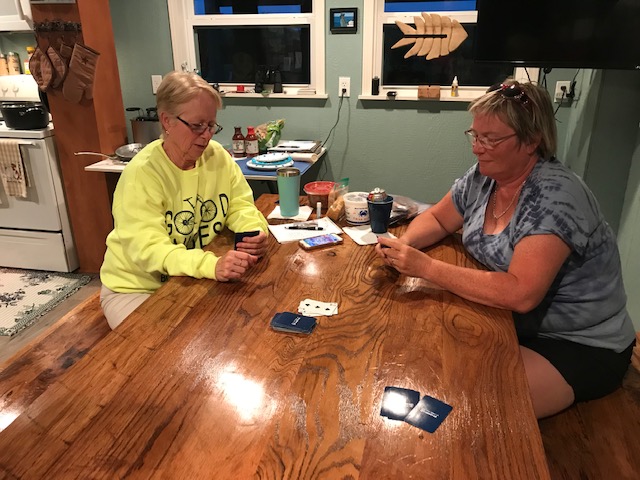 We could hear some squealing going on out in the back yard and Randy showed me what it was.  It was Mexican Whisling Ducks and they call them squealers because they don't quack but rather make an annoying squealing noise. 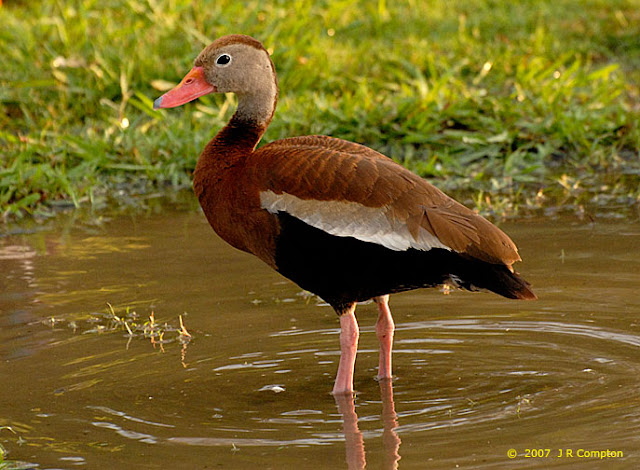 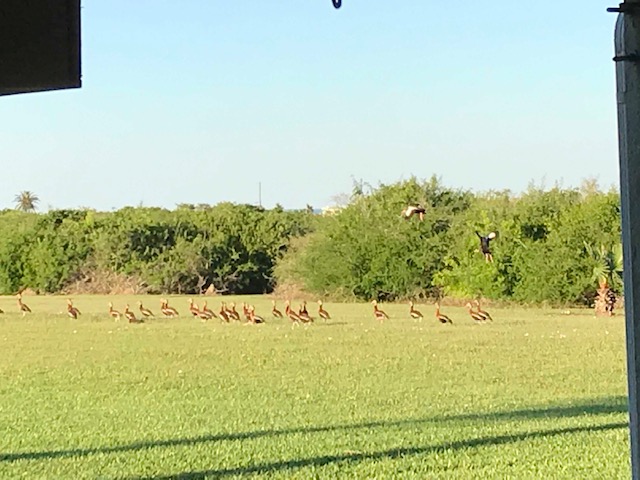 Everyone had a laugh at me when Randy was talking about what he was sending home with us as leftovers.  I wondered what the Cholesterol Sauce he was gonna send home with us was like.  I pictured some thick creamy calorie filled sauce, but I guess I didn't hear him right.  It was Tabasco Sauce that he was talking about.   Oh the joys of getting old.

Because we didn't get home until after dark, I will show you the view out Randy and Sues window as we were playing cards.  Champ was laying watching a couple rabbits run around a palm tree!! 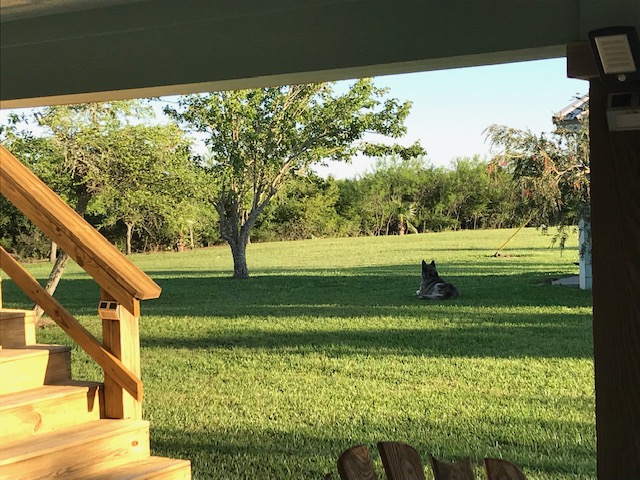