WHERE ARE WE? Azar Junction, Winterhaven California
NEXT DESTINATION? Tucson AZ
Well now that everyone has had a day to think about what I was going to tell you today, and I'm betting most of you figured out what I was talking about.  Let me set up the story.  Way back before we left home this fall, we had to make a tough decision about leaving our dog Sully behind with our daughter Karalee.  There is no doubt in my mind that we did the right thing for everyone involved.  He will have the best life that a dog can live, with her.  One of the things I said at that time was that maybe we should wait a year to see how travelling without a dog would work out.  Well apparently, that statement was never verbalized or more like, never heard!!! Lol.  So, for a while now, I have been peppered with "I want a dog.  I am not against having a dog, and certainly I don't dislike dogs, I just feel that they make doing some things difficult, especially in the hot weather.  You can't just leave them in the car, or the motorhome for that matter, and sometimes taking them with us is not possible.  So, we miss out on some things because of them.  But the pluses are certainly obvious as well.   The little buggers are cute and loveable. Well apparently, Sue has been chasing a certain dog for a couple weeks now, and he has been at the humane society for a while, and now he is at pet smart.  So here is how the texts started yesterday as Sue and Pat were shopping after sending Harold and I home.  There is obviously some truth to the old saying "The way to a man's heart is through his stomach!"

Well, you can tell by the picture that the deal was sealed, and he was on the way home!!  There is one important statement in the texts that I would like to highlight so you can be my witnesses'.  Ha Ha, got her!!!! 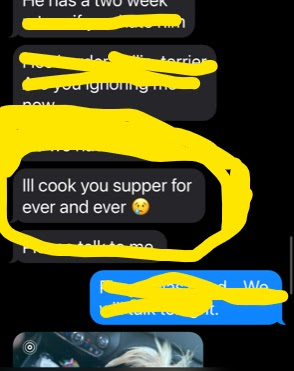 It wasn't long and the car pulled up and as suspected a furry little wiggly thing climbed out.  I guess all chances to protest were gone.  WE HAVE A DOG!!! 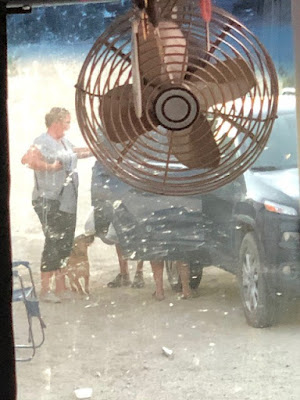 So now that she got the dog, we will see how the above statement works out down the line!!!  lol.  He is a cute little bugger named Pumba.  He is not a Pumba so the name will be changing.  It may take some time to figure out a new one. 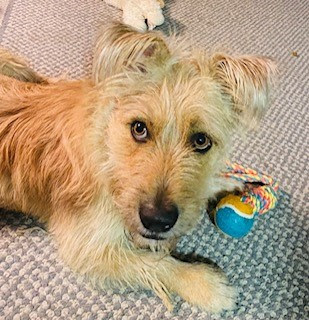 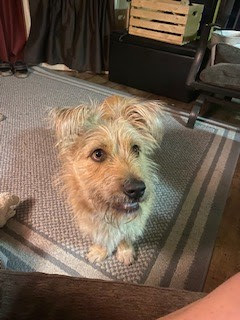 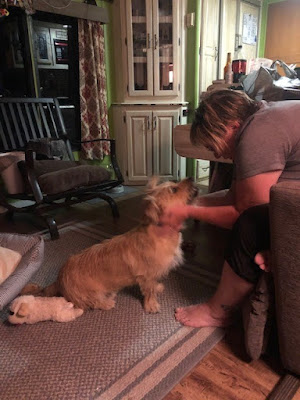 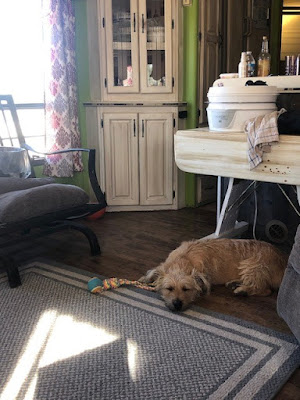 He is supposed to be a year old, but there is still a lot of puppy in him.  He was owned by an older couple who went to a home, so he probably has had no rules or training.  This will be a fun journey for a while.  Sue is good at training, so I'm sure he will learn fast.  In the meantime, we found out that he likes toilet paper!!!  And that is a bone in his mouth, not what you first thought!!! 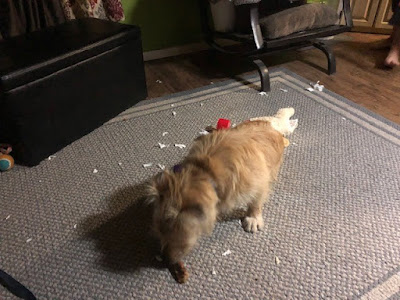 Well with that story told I will now move on to the other news of the day.  Our friend Evelyn dropped by for coffee today.  She is boondocking around here somewhere, so we were happy to have her drop by for a chat.  I'm sure we will see her again one of these days. 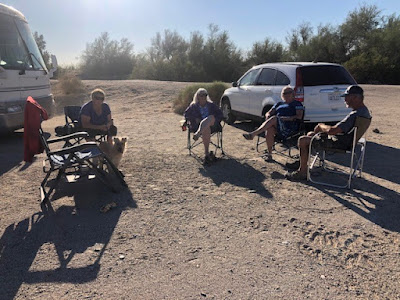 Pat and Sue went back to Yuma to shop again today!!  Sue sent me a picture with a little story.  Apparently while sitting waiting to turn left, a pigeon landed on the car in front of them.  It just sat there while the car waited and when it began its turn, the pigeon kinda slid off down the back and then took to flight.  Why would a pigeon choose to land on a car that is running and why didn't the girls bring it home like a stray dog???  Lol (I had to get the dig in there)
' 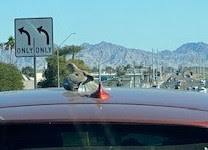 The other thing I did today was get us some Mexican Auto Insurance.  Canadian insurance does not cover us in Mexico, so we have to buy a policy that does.  The nice thing is that our Manitoba Insurance reimburses us for our premium back home for the time we are in Mexico.  Total cost for 6 months on two vehicles is about $600 so it is similar to back home. We use Lewis and Lewis for our insurance; however, Bill Bell sells good insurance as well.  They are both available online. 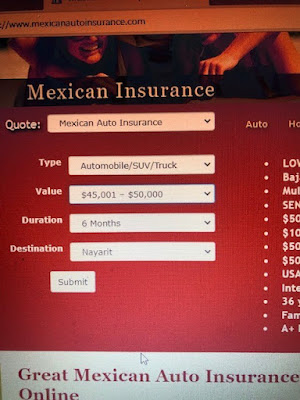 That was about it for today.  Sue did find some golf balls that we will use in our Mini Golf at CJ's back home.  They will be quite popular, but I fear some may wind up in some pockets accidently. 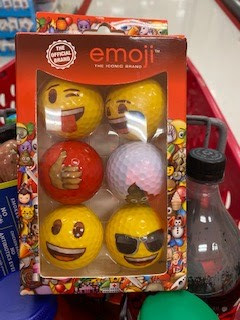 We had a great day, and our days ahead will be interesting, I'm sure.  Hope you have something to look forward to as well.

Posted by Lorne Green (A Place Called Away) at 20:59:00
Email ThisBlogThis!Share to TwitterShare to FacebookShare to Pinterest