A Fish and Ceviche kind of Day

WHERE ARE WE? La Penita, Mexico
This morning there were a couple whales having some fun out in front of the park.  I will have to get Sue to take some pictures with her big camera sometime because I do a horrible job with my phone.  Every time one of the whales would stand up in the water, I would try to click the camera and by the time it responded everything was over.  I did get this one picture of a fin but that was it.  Although they are out about a mile, we can see them quite clearly especially with the "long eyes".   When we first arrived here a month ago, there was a lovely French-Canadian couple, Dan and Jackie and their daughter Mina here and we loved them to death.  Dan, the dad, struggled a bit with English and one day he was trying to say binoculars, but all he could think of was "long eyes"!!  We now call binoculars, long eyes and probably always will. 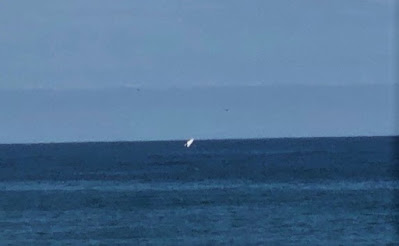 Later in the morning I headed uptown for some supplies.  John came along too because he needed some things too.  We did our shopping and I stopped at the fish store for some Dorado for supper.  John needed shrimp as well.  The guy and his mom were just making ceviche, so we stayed to watch the process.  Ceviche starts out as finely chopped raw fish and then limon juice is added which basically cooks the fish.  The meat turns white and that is the sign to add the carrots, mayonnaise, cilantro.  They mix it all up and bingo.... ceviche.  They gave us a sample and knew we would buy some. lol 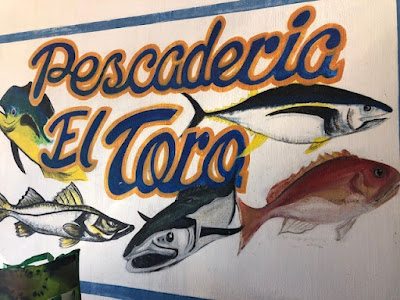 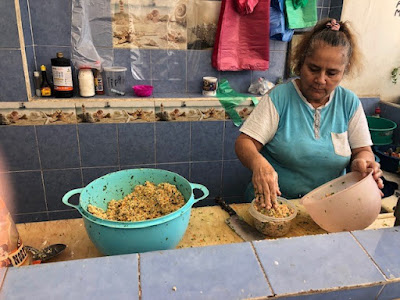 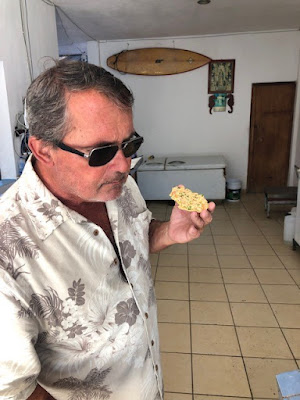 Later in the afternoon, our resident fisherman came in again with lots of fish.  He probably had 30 nice fish which they set to cleaning and fileting right there on their boat. 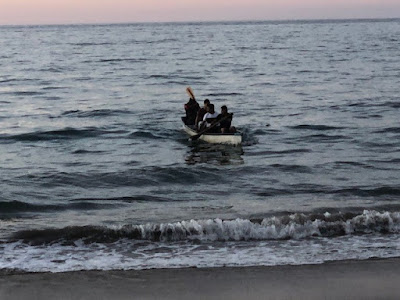 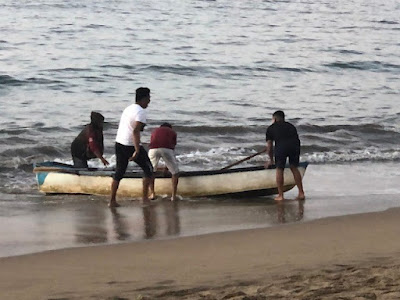 I often wondered why they use the old wooden paddles still, but this answers my question.  They use if for a cutting board when preparing the fish. 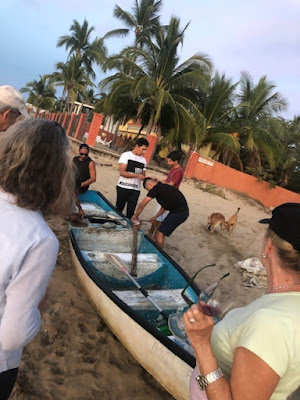 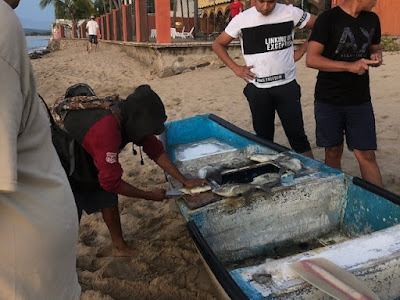 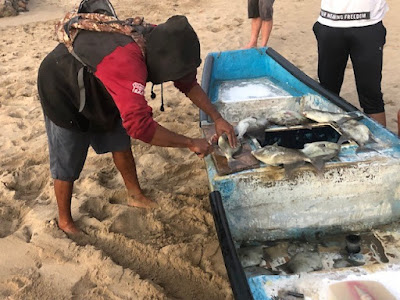 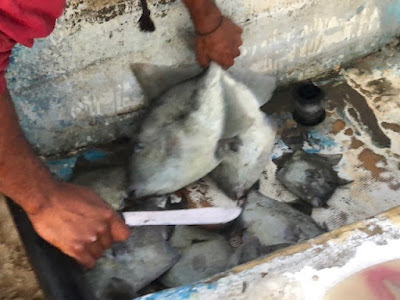 The whole process provides some good entertainment for us old folks. 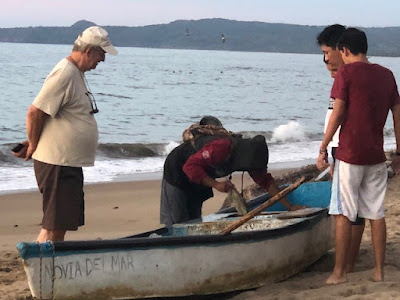 After that excitement was over, I took Archie for a walk on the beach.  I still let him use the long rope so he can run and explore.  It works quite well until he sees a bird.  Then he bolts and forgets where the end of the rope is and sometimes it flips him right upside down, meanwhile almost breaking my arm. 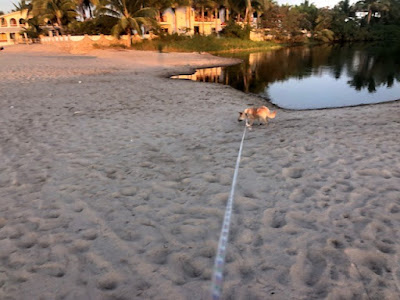 At the far end of my walk is the Malecon and the parking for all the fishing boats.  It just so happened the sun was going down so I got a couple shots. 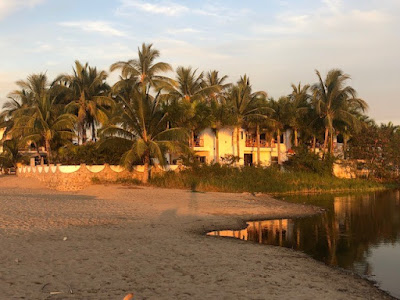 By the time I got home all that was left was the afterglow.  Another picture-perfect day in Mexico.  Wish everyone could be here with us enjoying a little piece of paradise.  Goodnight! 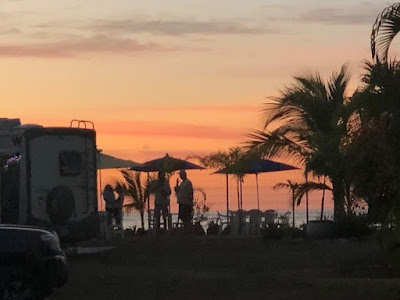 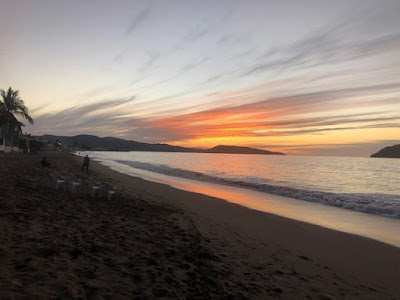