Mexican Power is Up and Down

WHERE ARE WE? La Penita, Mexico
One of the things about a lot of Mexico is the fluctuation of power in the grid.  Most places have power ranging anywhere from 109 volts all the way up to 137.   We have an RV Electrical Management Systems which is made to shut down the intake of power at 110 volts on the bottom end and 130 volts on the top end so with the fluctuating power here, the system kicks in and out a lot.  Of course, when the shore power is cut off, the inverter kicks in so we hardly notice the change, but with our old batteries not holding charges like they should, this is not a good thing for longer periods, especially if the fridge is on AC power.   These are not power surges, but rather just a slow increase or decrease in power.  Low and High power is not good for sensitive electronics like computers and fridges. 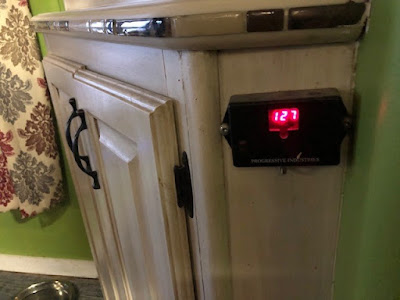 So, our friends George and Henny bought a power Corrector a few years ago to deal with the problem.  They said it should fix the problem for us.  They are made to compensate for both high and low power and even it out somewhere closer to the 120 volts it should be.  We will be going to Bucerius next week to get one, I think. 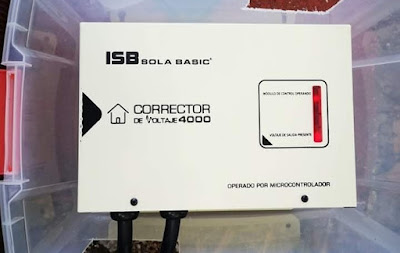 The other day Pat and Harold had a visitor at their site.  This is a picture sent to me by their neighbor of the pretty iguana.  He was about 18 inches long apparently and was quite colorful. 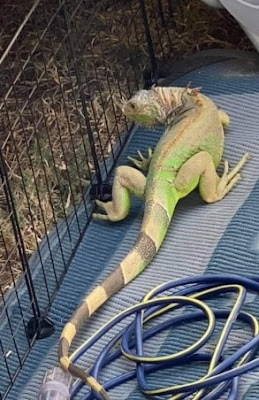 The only other thing I did today was go to the store for bread and tea.  I bought Red Tea by mistake so if anyone likes red tea, I will gladly donate a package to you. 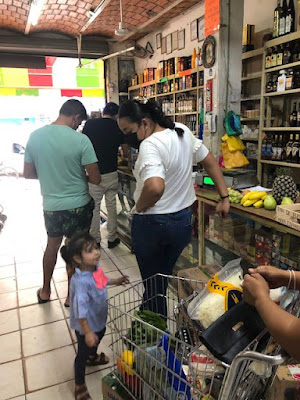 Well, that was about it for my day.  Supper, some TV and then off to bed.  Hope you had a great one too!!
Posted by Lorne Green (A Place Called Away) at 18:32:00
Email ThisBlogThis!Share to TwitterShare to FacebookShare to Pinterest