WHERE ARE WE? La Penita, Mexico
This morning John and I took a little trip down to the Bahai Market to find some bacon.  Kenia had told us that is the best bacon around, so I showed John where the store was.  He got a Kg of it sliced quite thick and he told me later that it was wonderful.  Actually, I had a piece as he was cooking it and it was great. 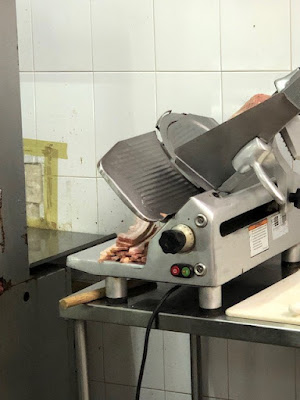 Next to the grocery store is a hardware and building supply store.  We had a look at a couple things, and this will probably be my next project. 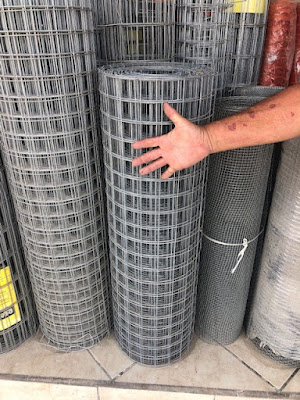 And I promised that I would show everyone the little project we were working on for Jeff.  He has a convertable Volkswagon and the convertable top was held together with wood screws and baling wire.  We went downtown and got some decent bolts and washers along and drilled some new holes and applied a little paint and poof....like a new convertable mechanism appeared.  We had fun doing the project and hope it will hold up. 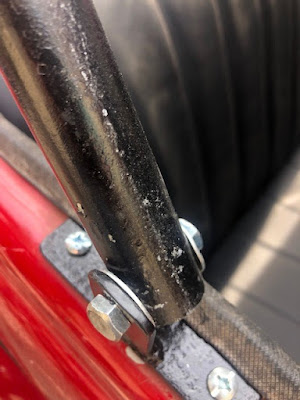 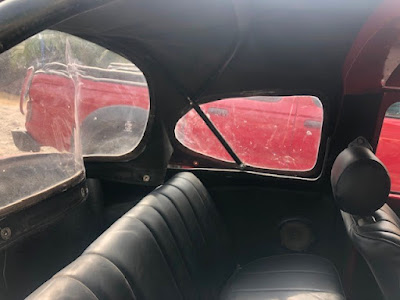 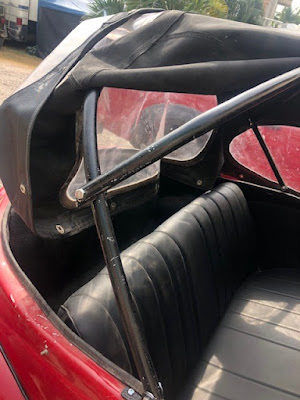 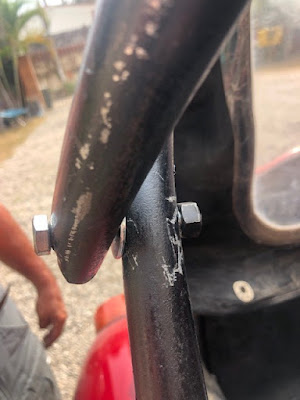 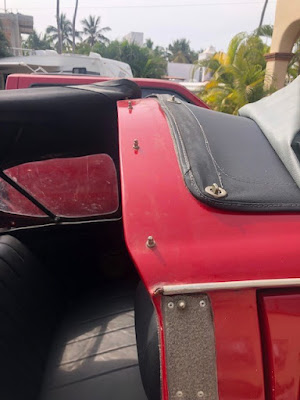 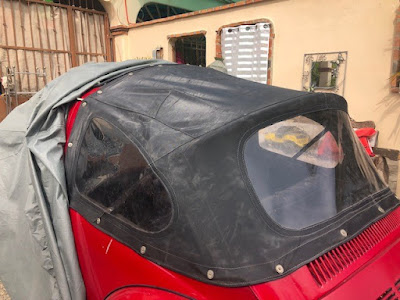 We had another awesome day.  The ocean kept crashing and our fisherman from next door anchored his boat out and swam in.  I wonder why?  Does he know something we don't know? 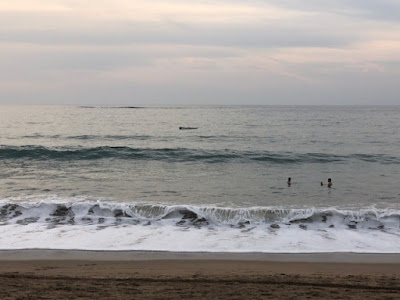 I took a walk downtown tonight and guess what?  The Purple Martins are perched on the exact set of wires they have been since we arrived almost a month ago.   This must be their final spot in their migration. 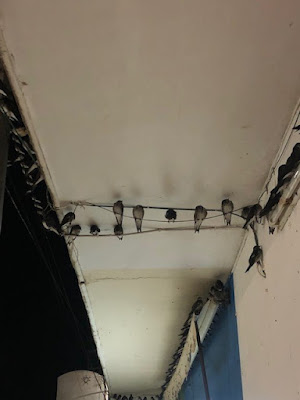 We ended our day with a nice gathering at the palapa with some drinks and appies.  Its always fun to have friends around.  Hope you spent some time with friends as well. 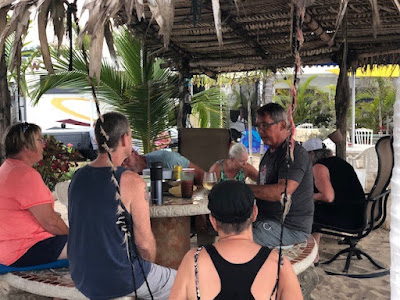 Posted by Lorne Green (A Place Called Away) at 19:09:00
Email ThisBlogThis!Share to TwitterShare to FacebookShare to Pinterest