A Walk through the Town

We decided to take a walk downtown La Penita today.  The market was on and we just wanted a change of scenery.  Sue has never been out the back gate of the RV Park which puts you right on a La Penita street.  I know it looks like we are coming out from and underground tunnel but there is actually a hill right behind the gate that you have to descend or climb bases on whether you are coming or going. 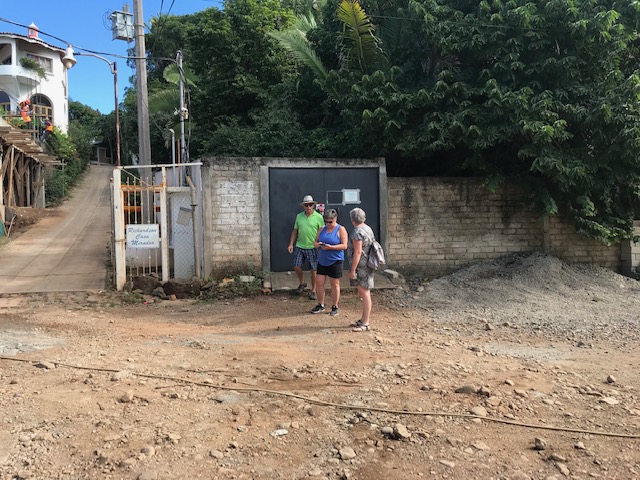 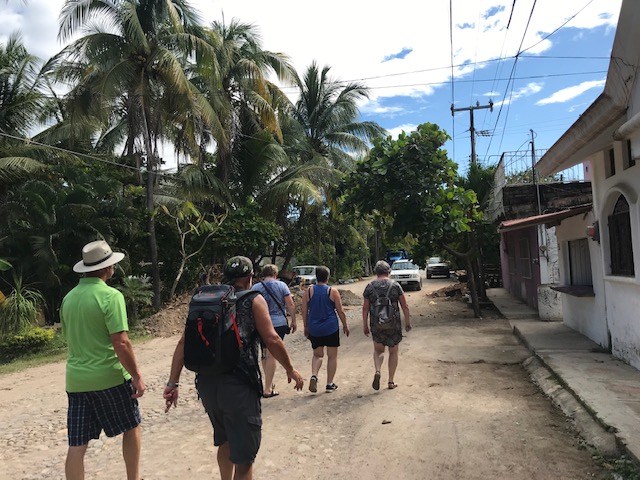 Just outside the back gate is a cemetery, but unlike the one I had pictures of in an earlier post, this one is a little run down.  Actually the ocean is eroding the far side of it quite badly. 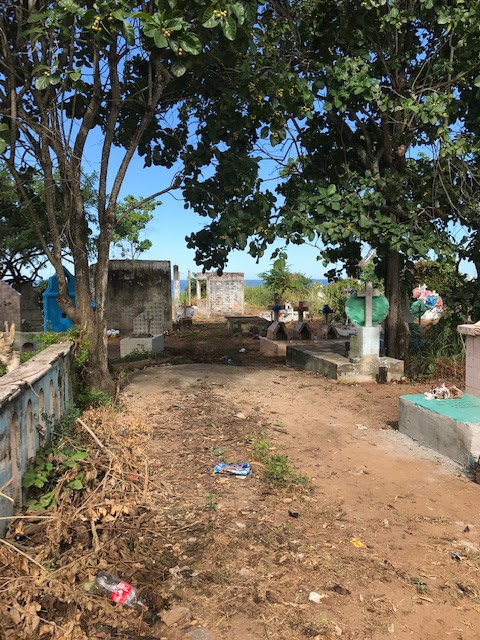 The north end of La Penita seems to be a little more of the older and maybe less well off people.  The one house seems to have lost its upper railing.  I often wonder what these houses were like 50 years ago because it seems like some were built quite elaborate but have since fallen into a state of disrepair. 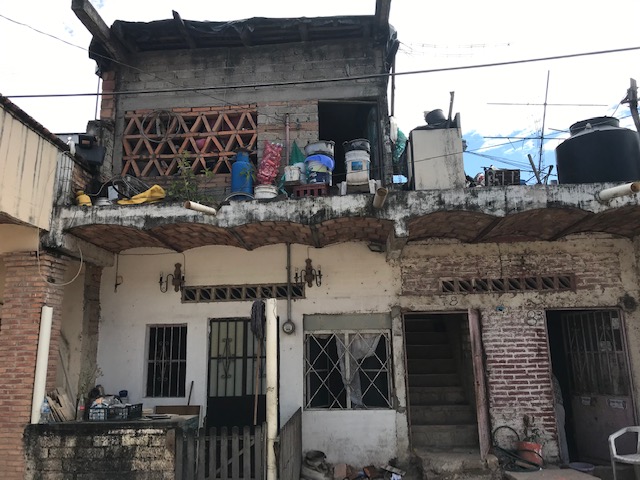 As we got further downtown we started seeing shops and restaurants and more stuff for sale. 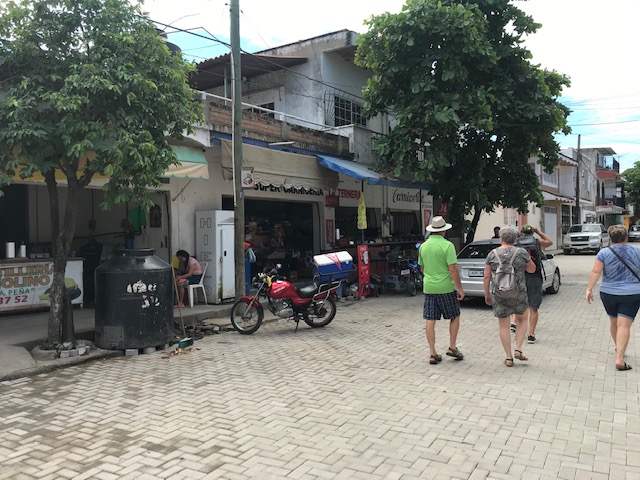 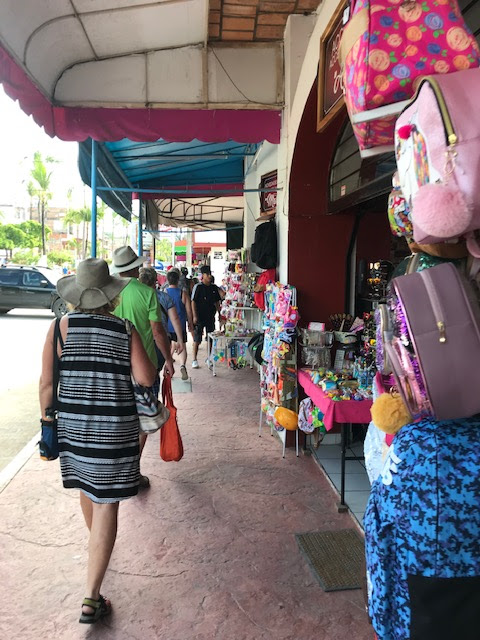 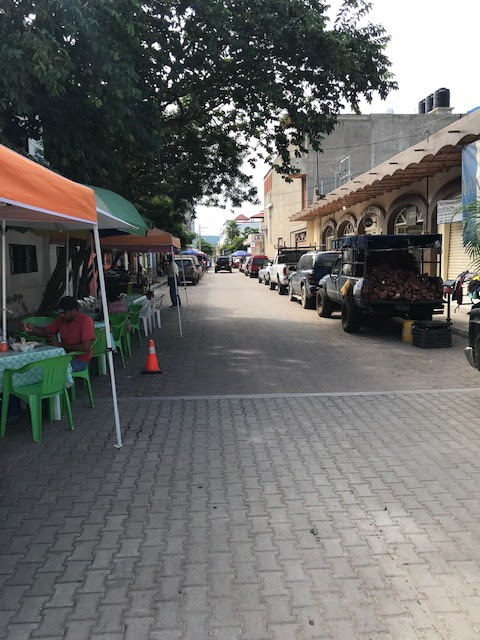 After our little shop wandering tour, we stopped for a bite of lunch.  It was really good and the break prepared us for the walk back.  It is about a 2 mile walk there and back. 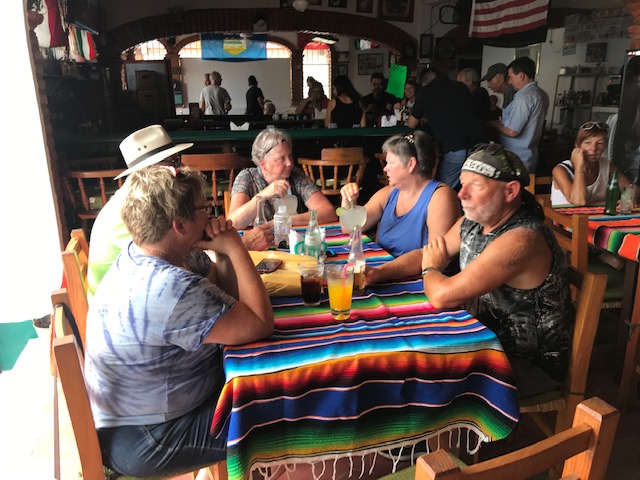 We decided to take the beach back to the park.  There were still some fishing boats unloading some sort of fish into a refrigerator truck. 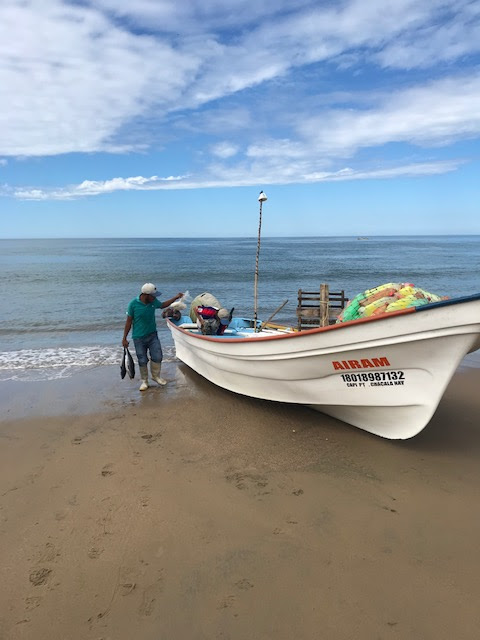 Our only purchase today was made after we got back to the park.  Jolynn had bought too many mats for what she needed so she sold us one to use in the front of the Ponderosa.  I think it will work well. 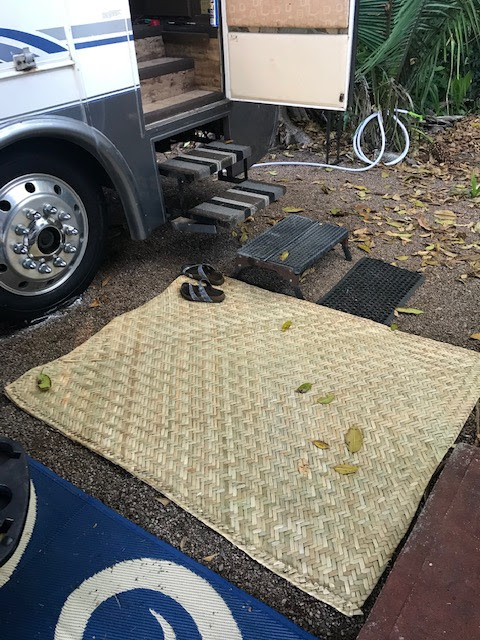 I did a couple chores in the afternoon like straightening our cell antenna and putting up the flag on a pole.  Hope you had a great day as well. 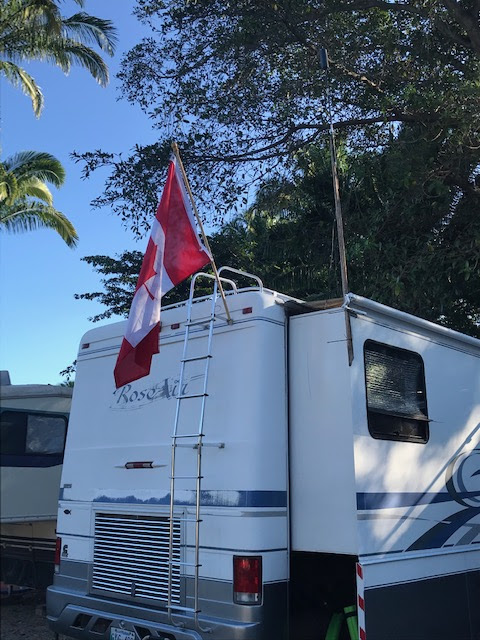 Posted by Lorne Green (A Place Called Away) at 08:11:00
Email ThisBlogThis!Share to TwitterShare to FacebookShare to Pinterest