Andy and Ron and Julie were up early getting ready to head south of here to a new spot where they can be close to two of their sons and their families for Christmas.  We have had the pleasure of associating with them for the last couple weeks.  It's funny how so many people who are doing this snowbird/boondocking thing, think the same.  We had a great relationship with these people as well as all of the other people around us here.  There will be a hole in our circle today. 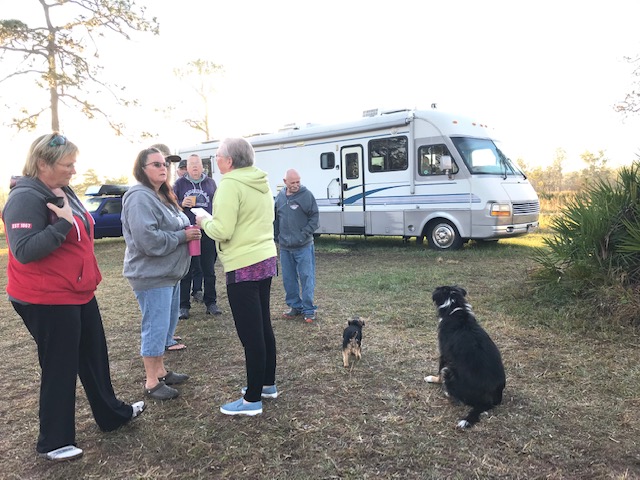 I thought the back of Andy and Bonnies rig said it all.  They were off on the Next Adventure.  We wished them well and hope our paths will cross again soon. 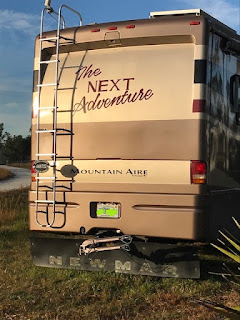 While they were getting all hooked up, Deb was giving the dogs some training.  She is sooo good with dogs.

When they got rolling we all lined up along the side of the road to send them off.  They even got the Elks salute from those Elks in the crowd.  Later Guys!!  If you want to follow their travels you can see them at RJ's Adventures on You Tube. 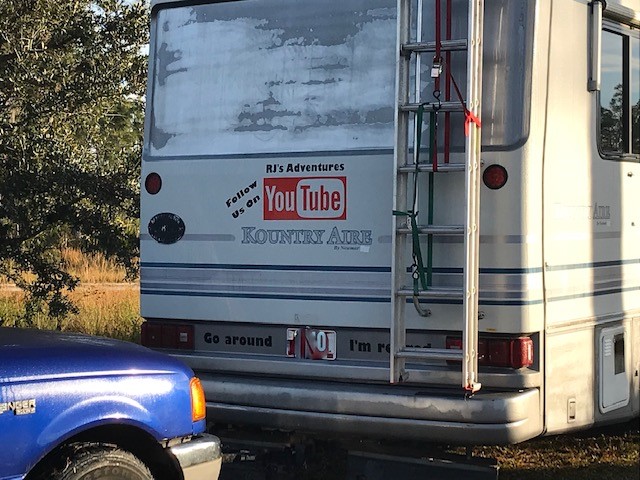 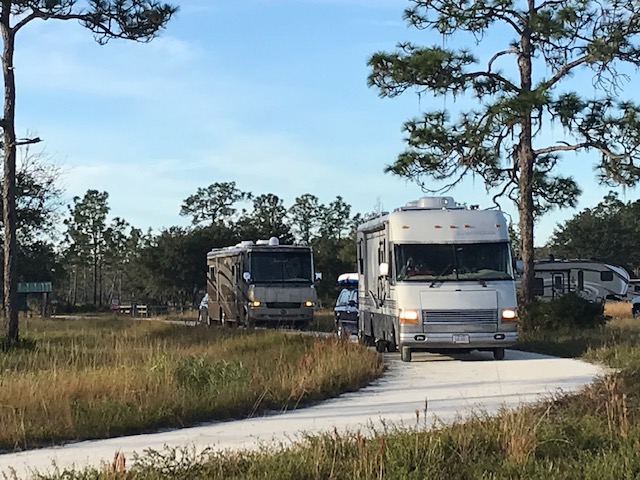 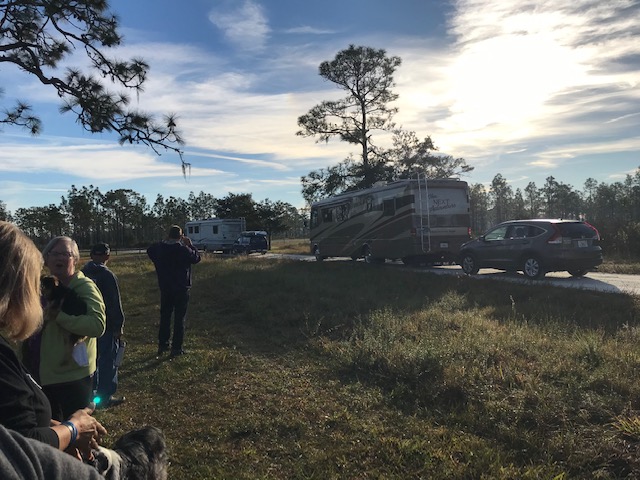 A couple hours later Harold and his wife fired up Miss Daisy and headed north to a campground for the holidays.  Their daughter Julie will be flying in on Christmas Day and staying for a week or so.  She is a school teacher back in Manitoba and wants to lap up some sun of the beach while she is here.
Sue and I will visit them on Boxing day for some turkey.  We all lined up to wave them goodbye as well. 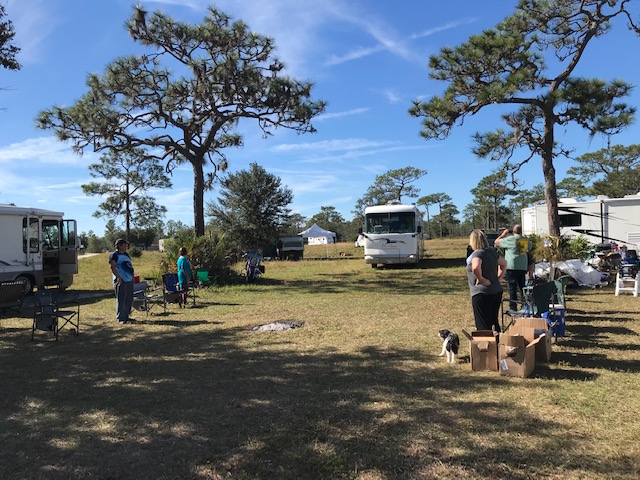 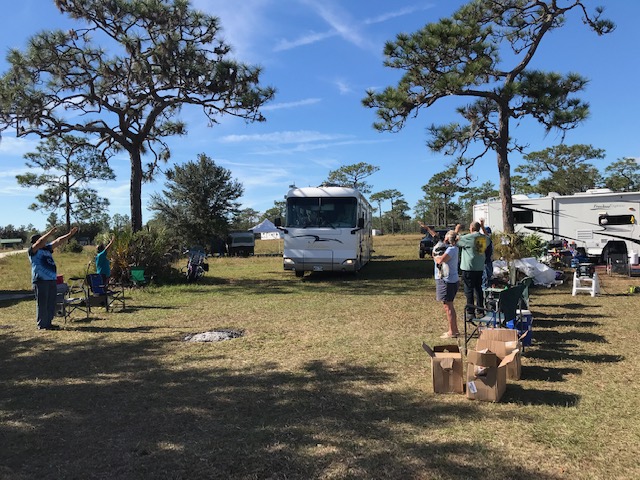 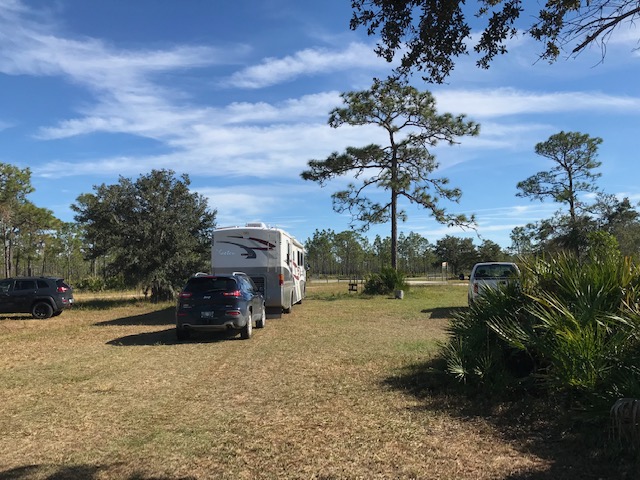 So we decided to move into the circle and took over the spot where Andy and Bonnie were parked.  It will give us a shady front yard and we may need it because it is going to get warm. 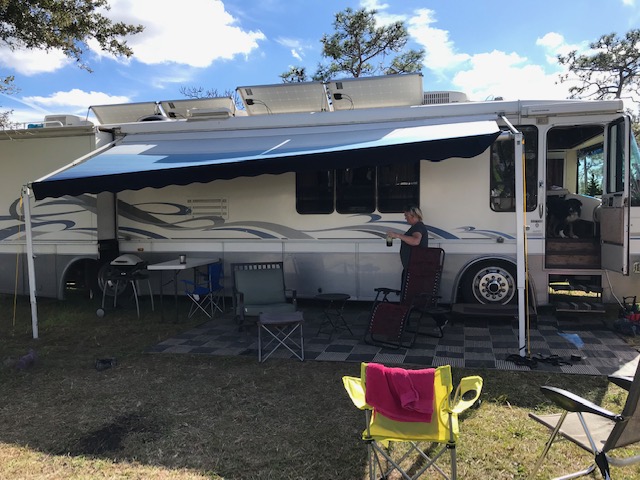 Once everyone got moved and settled, I headed into St. Cloud to do my Christmas shopping.  We like to do stockings for each other for Christmas and I love to shop on Christmas Eve.  I took a picture of the jewelry section and if you look closely there are only guys there.  They even have some young male children in training.  This is why Walmart makes so much money on Christmas Eve.  It's because of all us guys. 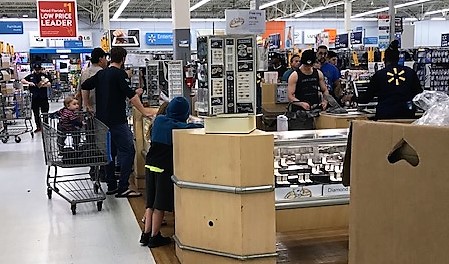 And there in the door was the reminder that there was only one day left till Christmas. 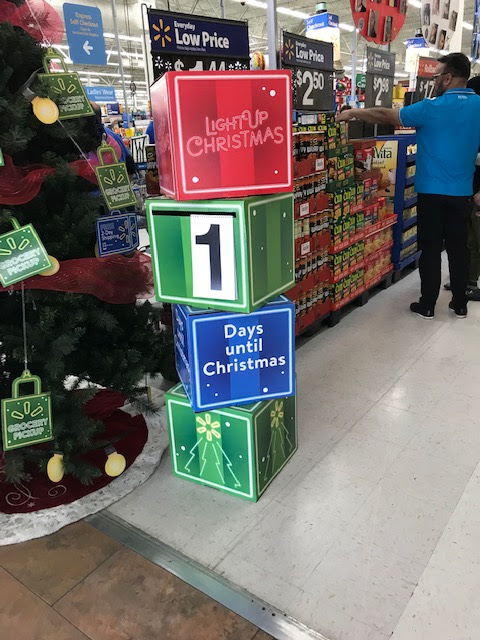 In the streets everyone was jockeying for position.  Some were heading home from their last day of work and others were still doing the shopping. 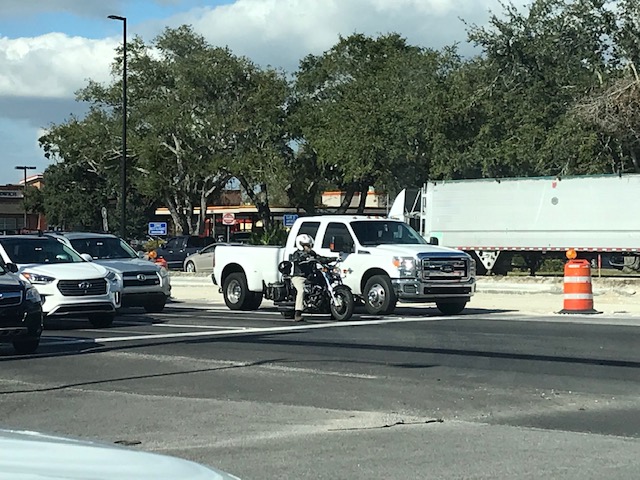 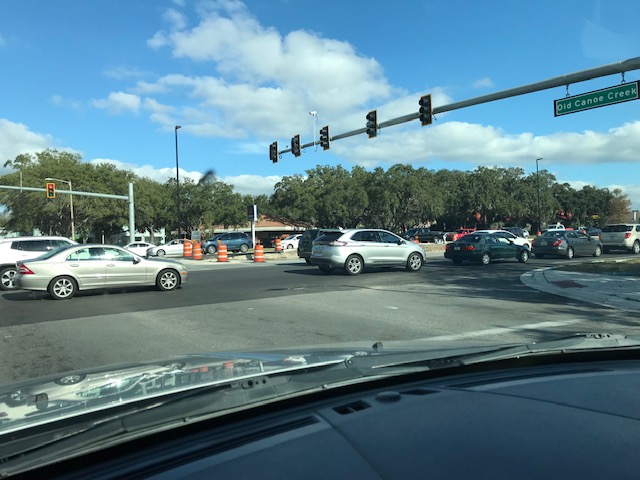 It was nice to get back home for appies and a bonfire again. The bonfire was definitely smaller tonight but still fun. 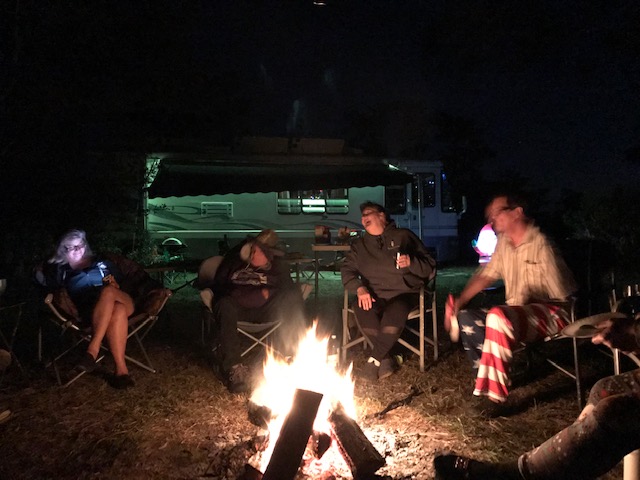 We had the Christmas songs going and Jerry and Deb had a dance for us. Awe nice. 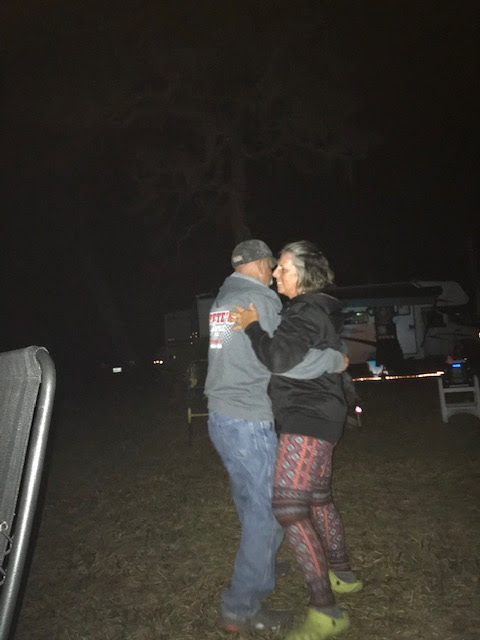 After the bonfire Sue and I headed out to look at Christmas lights.  We saw lots of nice ones. We came across a house that has 75000 lights around it.  We met the people who started this venture and they are very passionate about it.  Marty and Ryan Johnson were kind enough to tell us the story of how it started and how it is running now and what they dream of doing to make it bigger and more successful.  They realize nothing personally from it other than the pleasure of your company but it is obvious that they take a lot of pride in what they are doing for the Children's Hospital. They are raising money for a local Children's hospital and they take donations if you come and tour their display so every dollar is going to a good cause.  If you are around here take a minute and drop in on them, they run a class act. 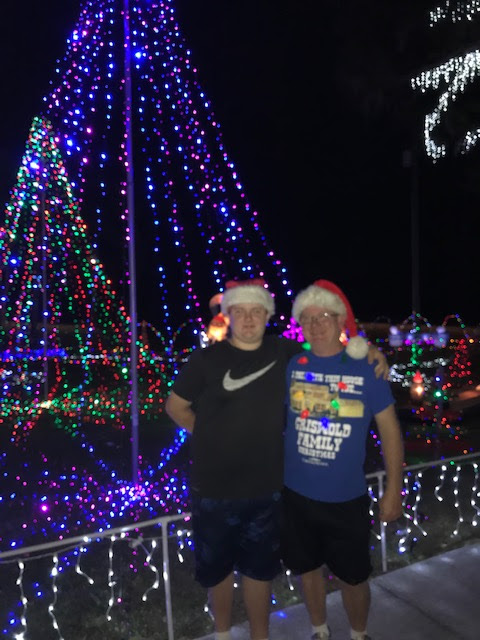 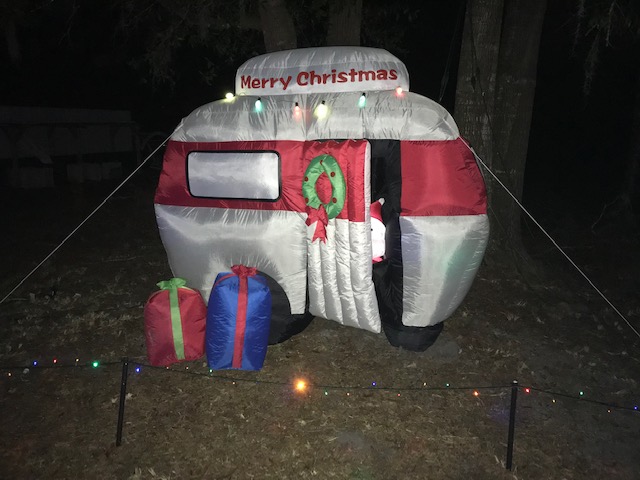 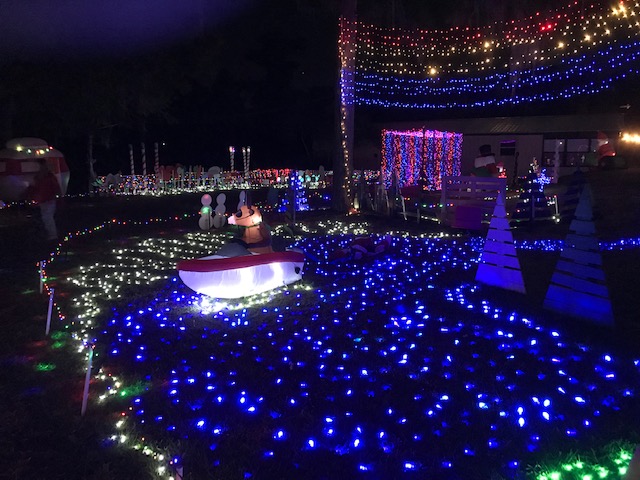 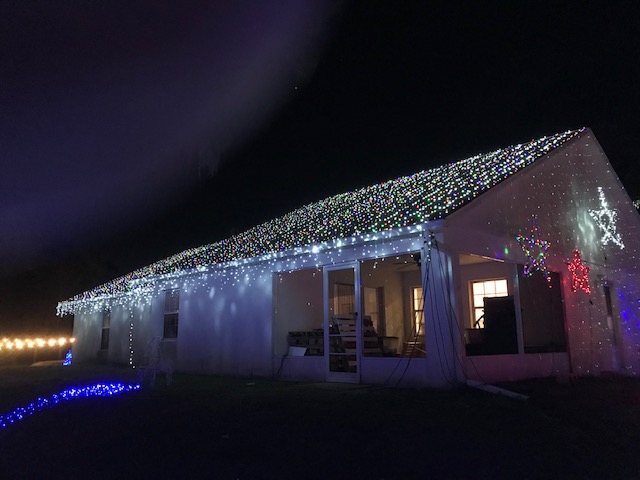 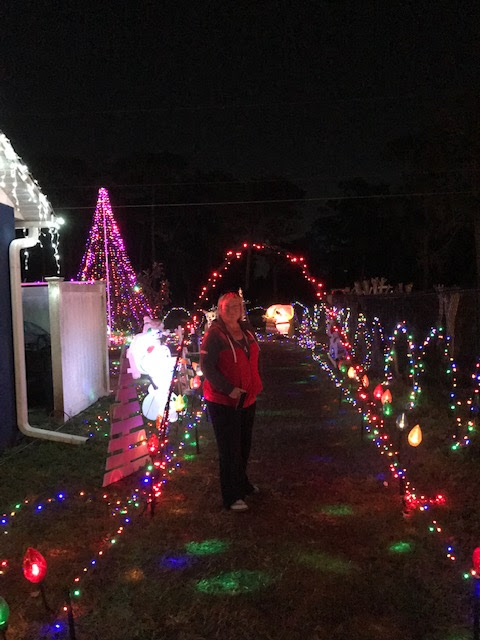 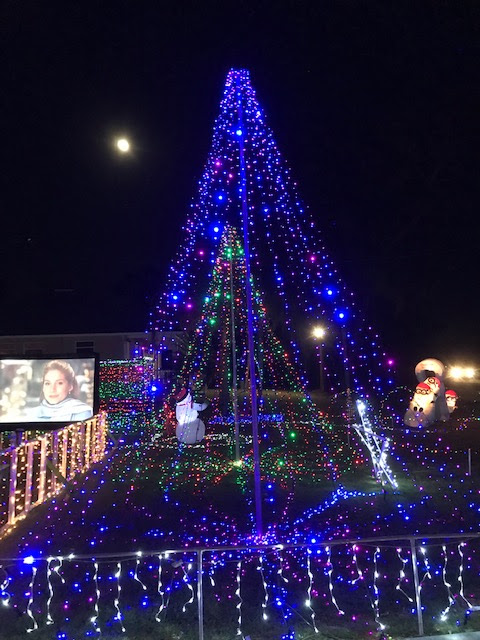 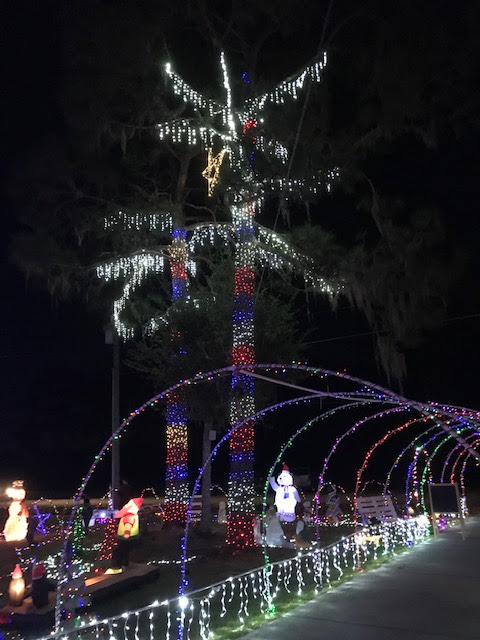 At the end of the tour they have hot chocolate and a movie.  It is a nice touch.  They said they raise about $10000.00 a year for charity. 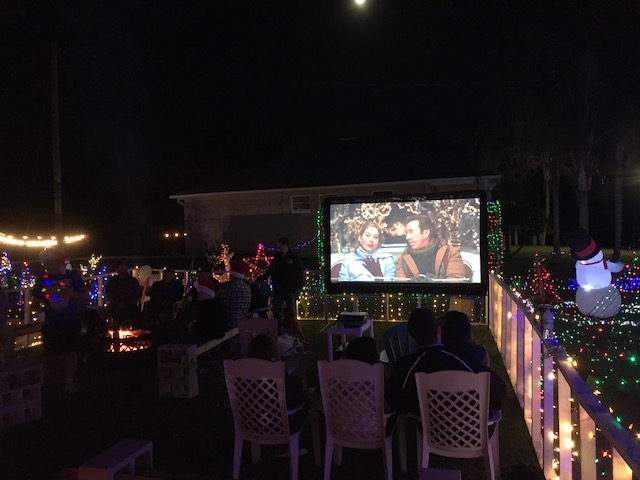 When we got home we took a moment to look to the north and our view was extra special tonight.  If you believe he is real!!  Hope you are not on the naughty list.  We will see in the morning. 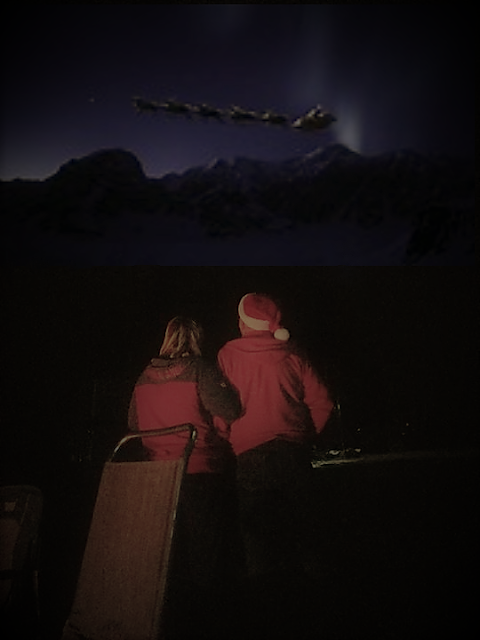 Posted by Lorne Green (A Place Called Away) at 17:52:00
Email ThisBlogThis!Share to TwitterShare to FacebookShare to Pinterest