We had been trying to set up a time to head down to see Andy and Bonnie, and Ron and Julie RJ's Adventures at there boondocking spot at Hickory Hammock.  They are at a South Florida Water Management area which allow 8 days camping at a time.   Well we got a text from Julie who said that they will be around today so we gathered the troops up to head down there.  John and Val and Laura headed out before we got the call to go so they had headed out somewhere already.  I did get a couple pictures of her leaving.  You can tell by the smiles she loves her bike. 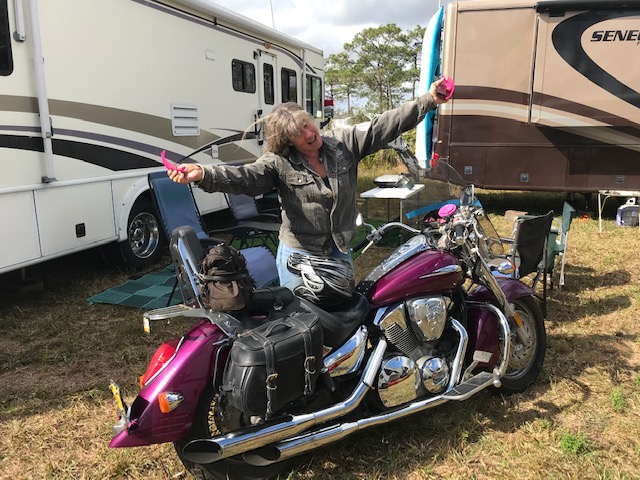 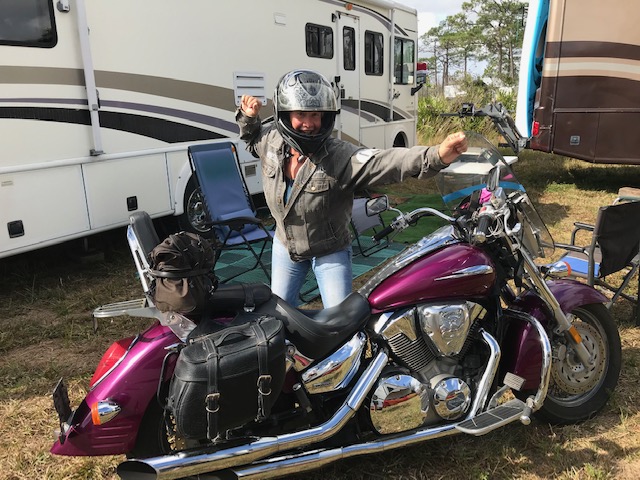 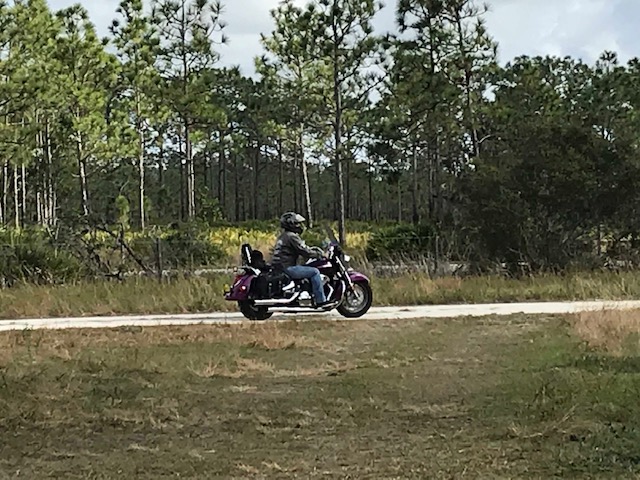 We headed out about noon and the temperature on the Jeep let us know it was a nice day.  It was about an hours drive to where they were camping. 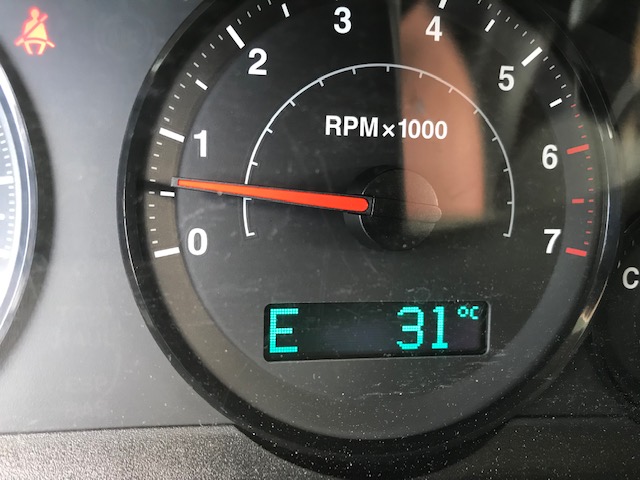 They have some nice spots down there to hang for a few days. 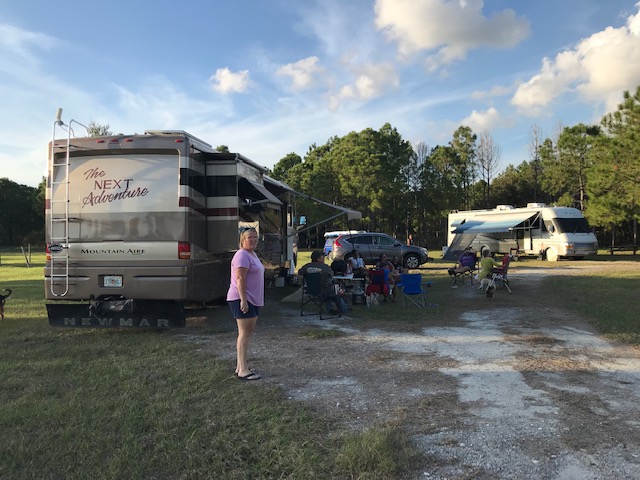 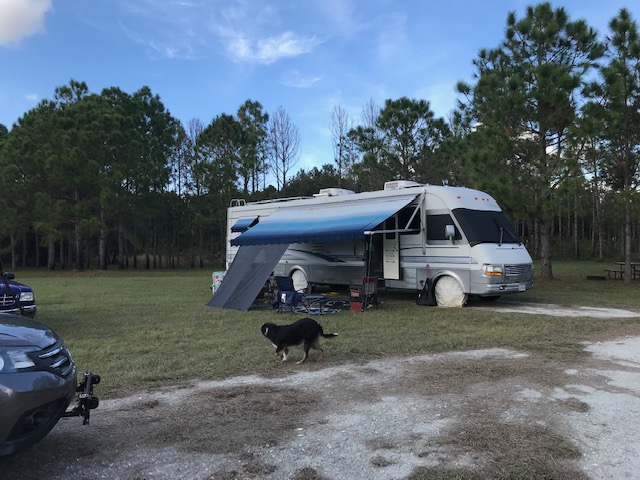 We saw some birds in the trees and there was a great big nest in the tree above us. 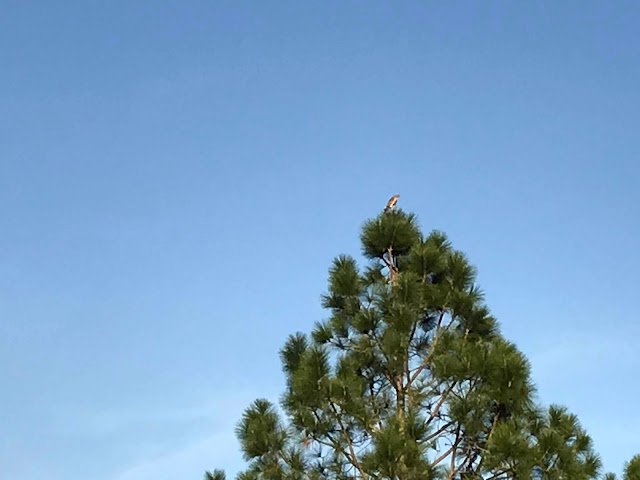 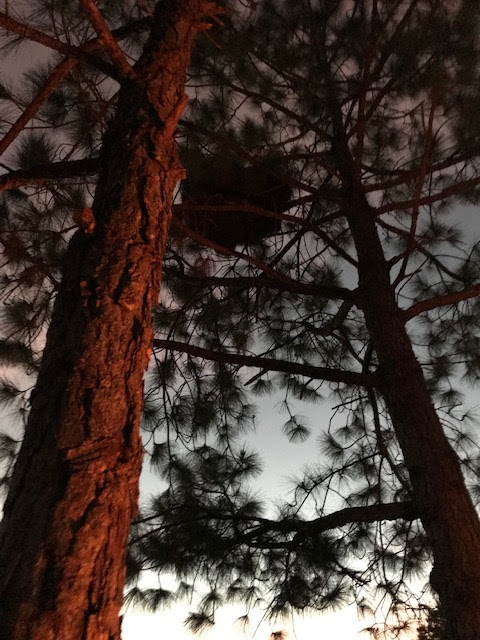 Also there were lots of little lizards around.  I think they are actually gecko's. 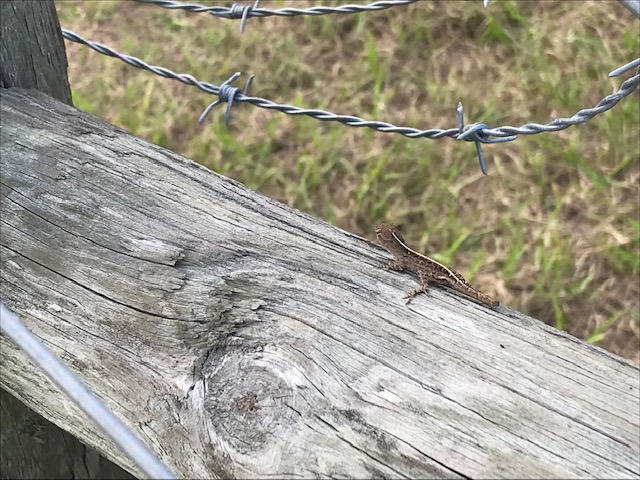 One of the neat things they have near them is the Bat House.  Ron and Andy said that the first night they were there was an awful commotion when the bats left at dusk but they have not seen them since then.  We didn't see them tonight either.  Only saw a single bat flying around tonight. 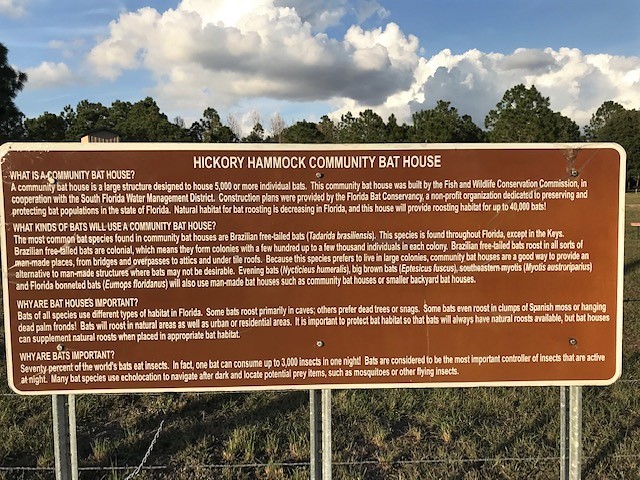 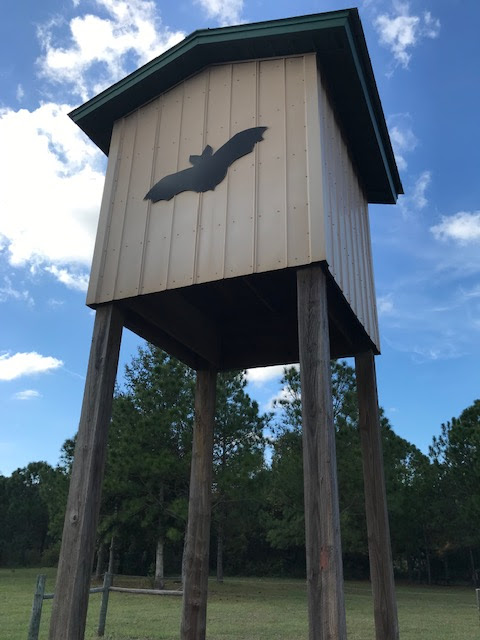 I went underneath and looked up.  There were slats on the bottom for the bats to go through up into the house.  It would love to see inside it sometime but it is closed up. 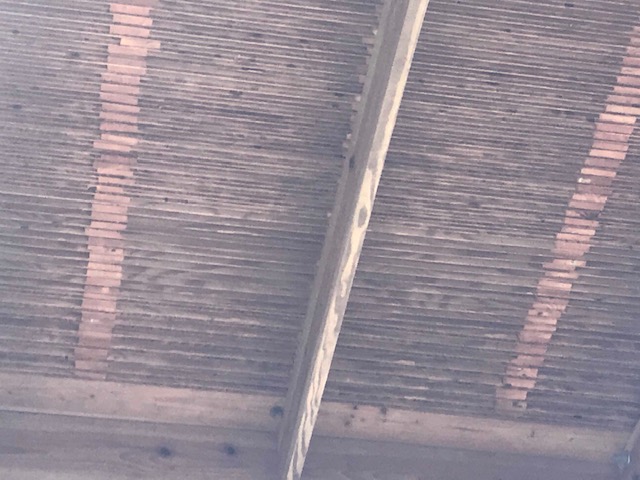 We had an awesome supper with everyone.  Hot Dogs for everyone. 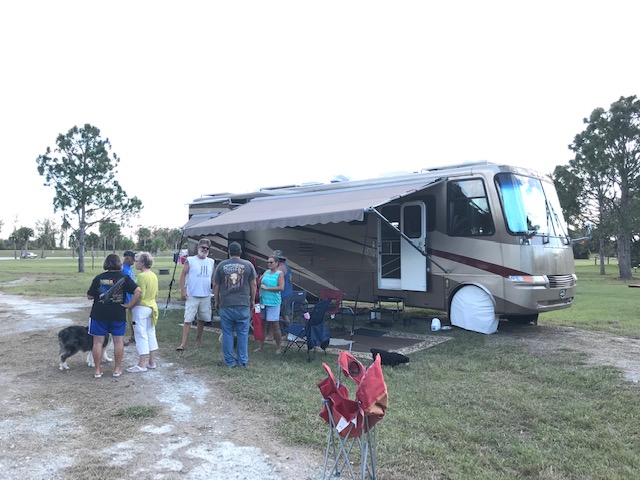 Then Brian brought firewood so we had an awesome fire.  It was nice to sit around and catch up. 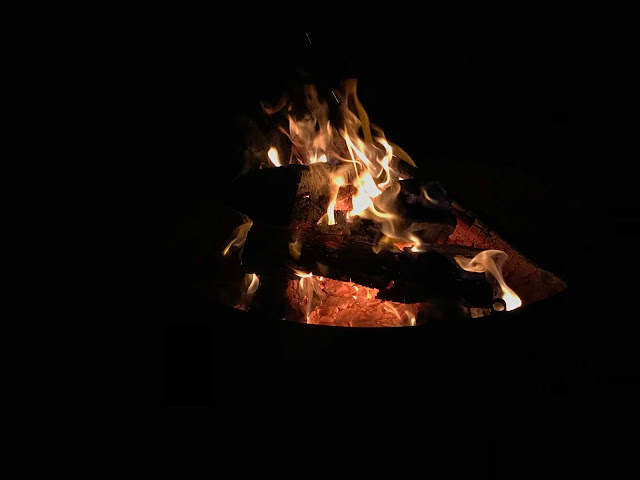 Our view from our window was not a great one tonight.  One of the people who are camped down from us had a medical emergency and the ambulance and rescue truck showed up and took her to hospital.  We did hear later that she is being looked after in hospital and we hope she will fully recover. 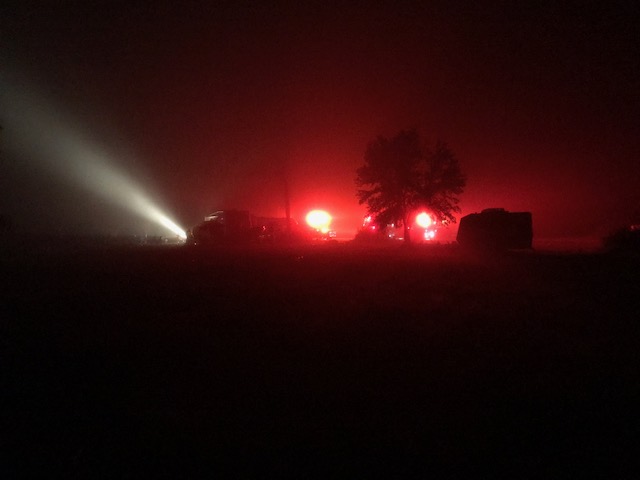 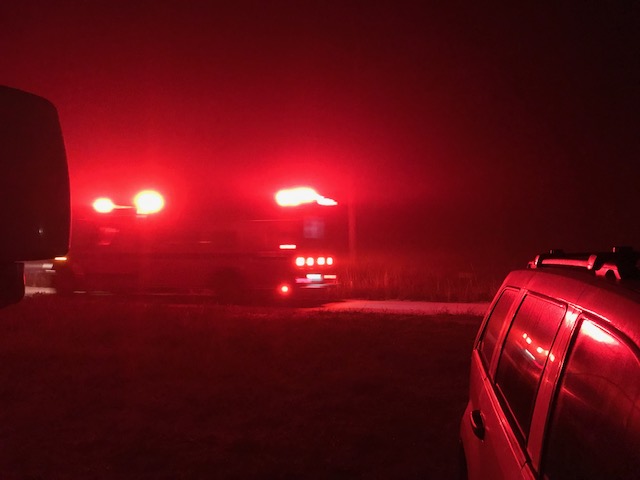