Today was a cooler day.  We have been seeing temperatures in the high 80's F lately and today we didn't make it to 70F and the wind was blowing so it was chilly for us Floridians.  We felt bad for ourselves until someone mentioned that the temp in Quartzsite AZ was 25F this morning and that Tombstone had lots of snow. We definitely made the right decision to turn left instead of right.  Although it will not be hot here in the near future, it will certainly be nice.  We have always said that we like to chase 24C so we are accomplishing that. 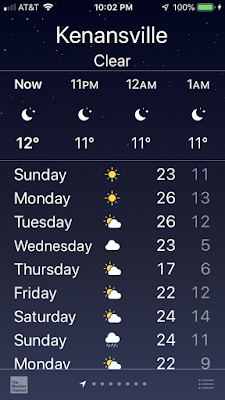 As my title leads you to believe, today was about dogs.  Sue and Pat headed to town to get their hair cut and do a little shopping.  I wasn't allowed pictures just yet of the new do's but I can tell you that Sue's looks nice, but I haven't seen Pat's yet.   Charlie hates when one of us is gone and he laid on the couch and looked out the window for the longest time after she left.
. 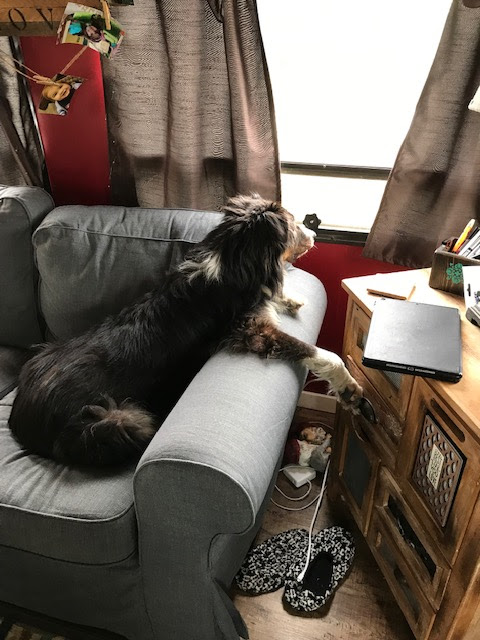 Harold and I puttered around for a while helping Laurence with her new water system and then we sat down and just took it easy.  It was Saturday and our union contract does not require work on a Saturday anyway.  Laurence joined us and she soon had Lexi and Paul sitting with her in the sun. 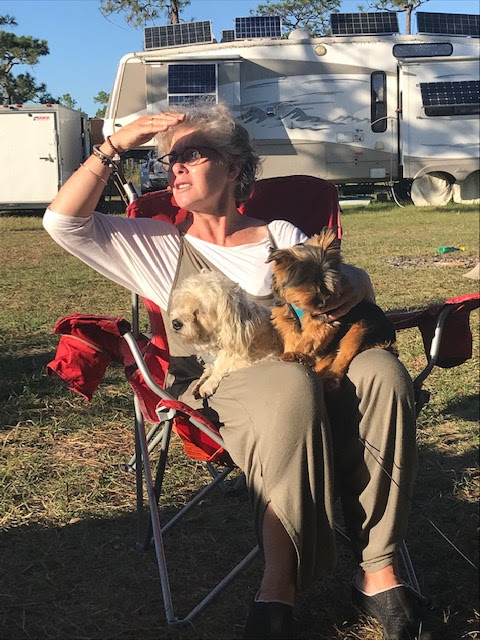 Then Brian joined us and he had Sasha sitting on his lap trying to stay out of the wind until he broke his chair and had to go home. 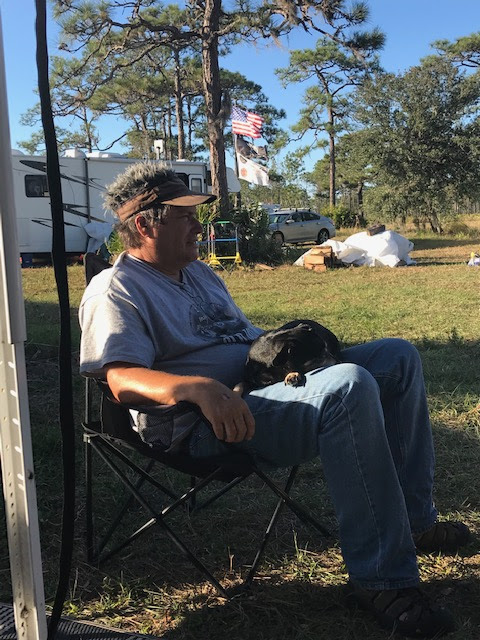 We chatted until it got cool close to sunset and everyone went in for the evening.  I played on the computer and found this interesting thing for people who currently use a car dolly to tow their vehicle.  It lifts the front end of the towed vehicle off the ground using a hydraulic cylinder.  What do you think?  It would transfer a lot of weight to the back end of the motorhome and I'm not sure how easy it would be to hook and unhook. 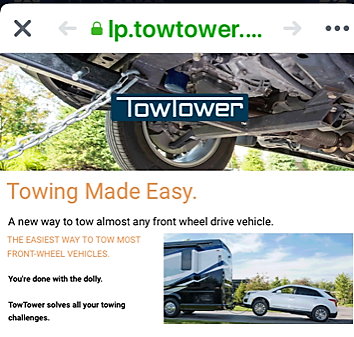 Tonight I will leave you with the view we had on our Face Time with Grace this morning.  I had to chuckle because she reminded me of "Wilson" on the TV show Home Improvement.  He was the guy looking over the fence at Tim the Tool Man. He never showed the bottom half of his face.  We never saw anymore than the top of Graces head and maybe her eyes in the whole Face Time.

Posted by Lorne Green (A Place Called Away) at 19:52:00
Email ThisBlogThis!Share to TwitterShare to FacebookShare to Pinterest