Fire in the Hole!!

The other day when we went to town we saw a huge plume of smoke across the lake from the marina.  When we see smoke like this it is always worry some because out here, although there is are lots of wet lands, there are also great expanses of grass lands and forests.  Some of the locals seemed to think it was a farmer burning off some of his land.  No one seemed too concerned so we went about our business.

We are in such a beautiful part of the country.  The wildlife is abundant and I sometimes wish I had the ability to photograph it like some of my fellow bloggers do.  I only take pictures to tell a story and sometimes they are not in focus or lots of times they are not taken from the right angle or with the sun shining on the right side.  But like I said, I use pictures mainly to tell a story.  Some times Sue will bless me with a picture or two and they are generally fairly good, however she very rarely carries her good camera with her.   She does a better job than me even with her phone camera and some of my pictures today are actually hers.  Here is one of a turtle we saw the other day.  I think it is a Florida Chicken Turtle, but then again, I am no expert.  It actually scurried across the highway in front of us.  I have never witnessed a turtle move that fast.  It must have seen a brother or sister squashed by a big ole truck and didn't want that to happen to him. 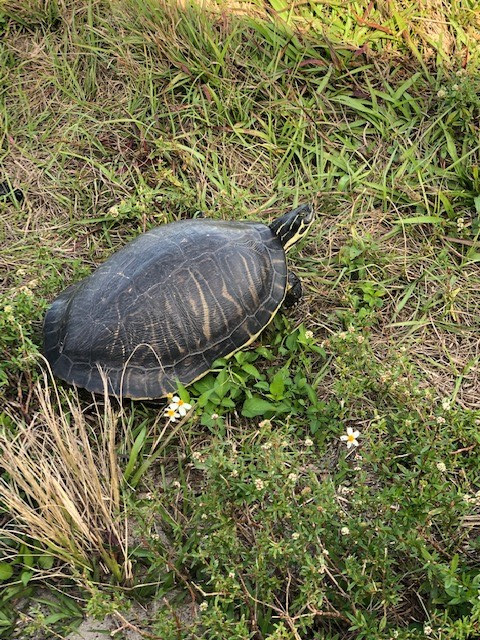 Another shot that Sue got was of this bald eagle.  We have lots of them around the Three Lakes area and they have huge nests in some of the trees around here.  This one had a huge wing span. 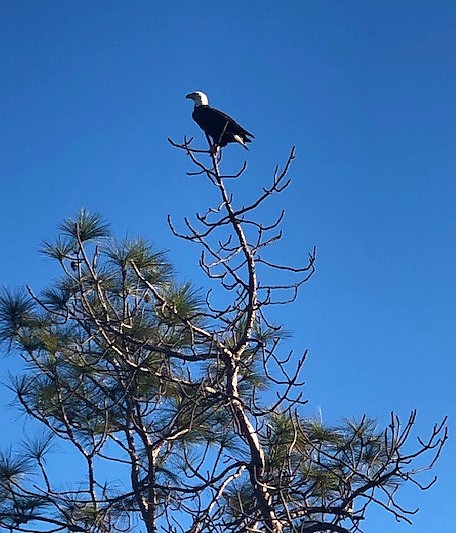 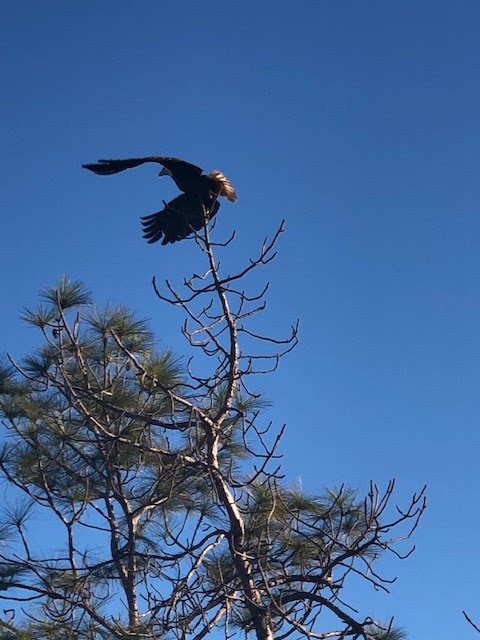 And another time when we stopped at the marina this Wood Stork was just hanging around.  He looked like an old fella!  Maybe he's the one that delivered me!!! 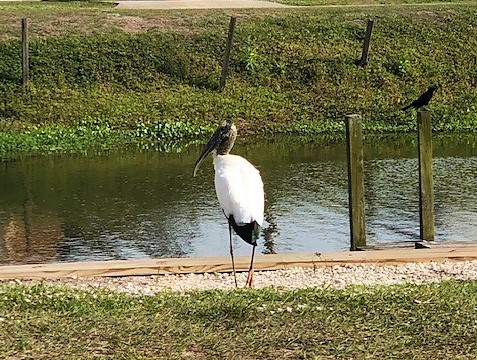 Tonight we had a cardboard bonfire. Because there is lots of solar panels being installed on all of our rigs, there are lots of cardboard being collected.  And there are also lots of Amazon parcels arriving with all kinds of stuff in them daily, and they are always over boxed so that creates even more cardboard.  So Laurence was in charge of the cardboard fire tonight and I took some pictures which totally blew the fire out of proportion, all the while making for a little snicker for the blog tonight.  Here is what looks like Laurence blowing on the fire to get it going.  I will huff and puff and...…. 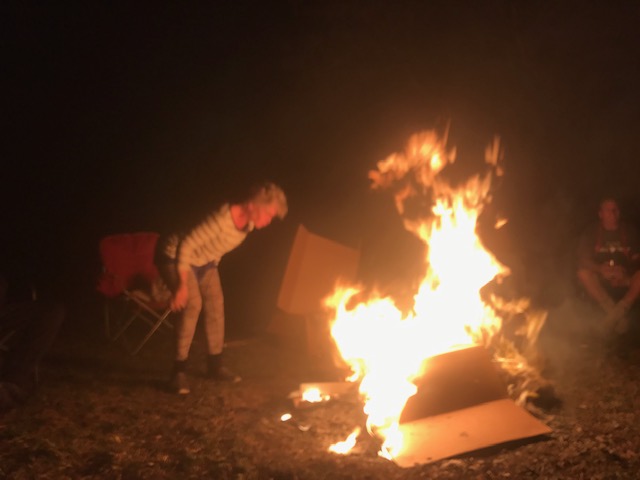 And burn your house down!!  She got fire!!  She would be good on the show Survivor when they have the contests to see who can make the biggest fire first!! 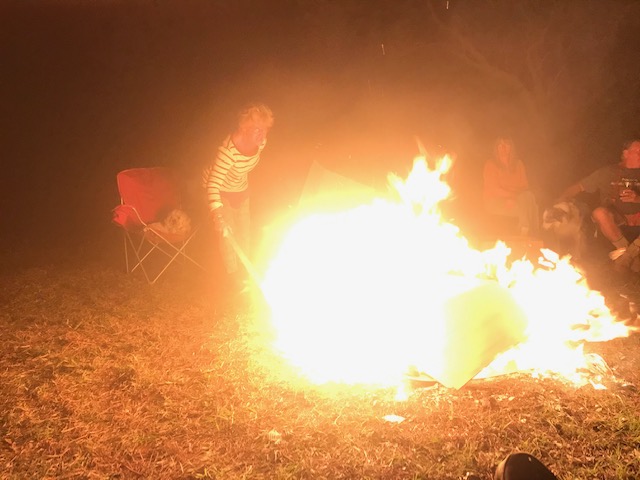 Now remember that the camera shows some things that just are not quite what they seem.  Although this was a big fire, it was not nearly as big as it looks in the picture.  So now you know what I mean when I say that I use pictures to tell a story and even stretch the story a bit and it is not always an accurate account of what was there.

Well this was actually the view out our window when the grass fire was burning across the lake turning the sun a crimson red. 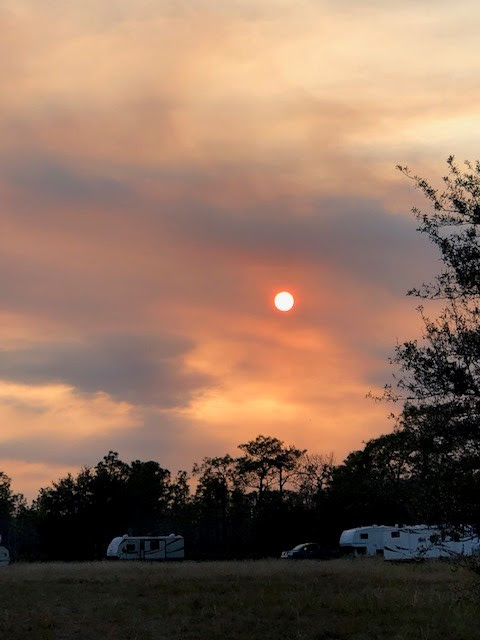