A flu bug has gone through P & H's Motorhome.  Have I ever mentioned that they have named their home "Miss Daisy"?  Also they have their family with them so being sick in cramped quarters is not fun.  So they quickly rented a place in a resort in Orlando for a few days so that they will not have to travel as much to get to the things they want to do with the kids in Orlando.  Catch to the move is that dogs are not allowed on the resort, so we are Lexi sitting for a few days. 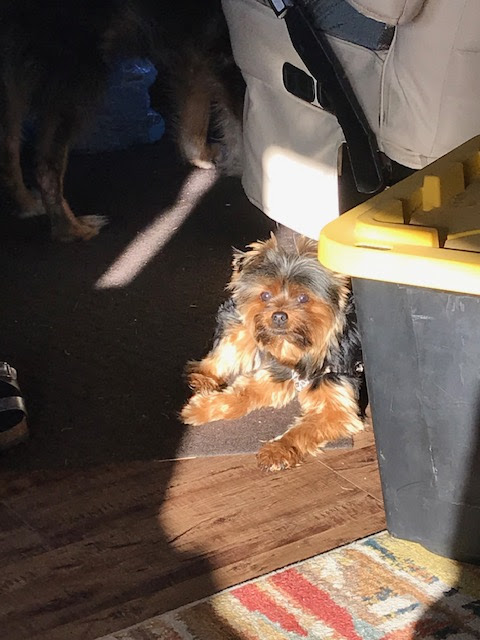 She has no problem fitting into our dog filled home.  Paul dropped by for a visit too.  He is Laurence's dog from next door. 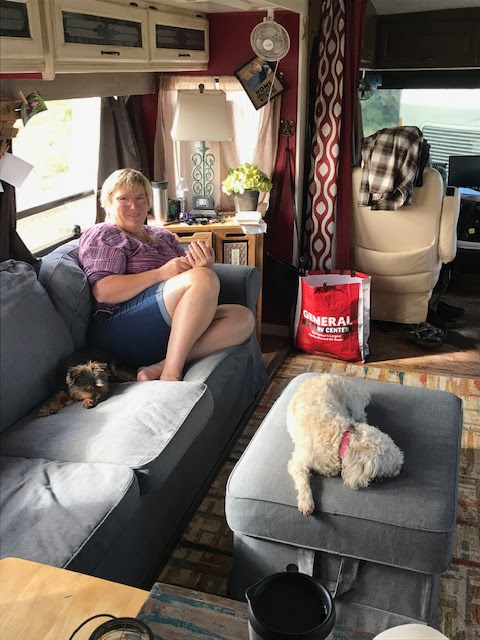 And of course Charlie is making sure that the food cupboard is well guarded. 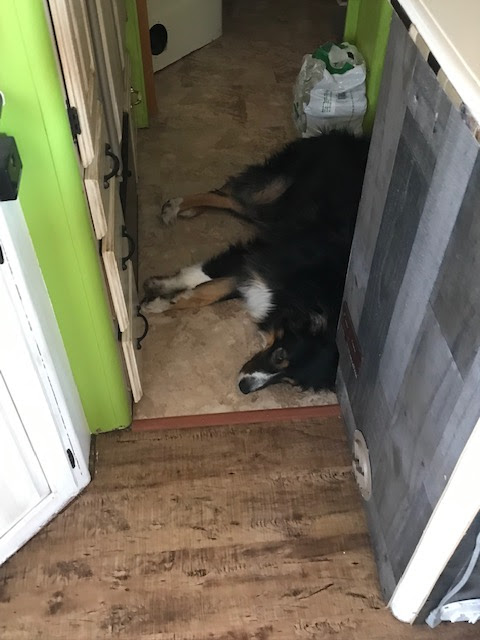 Charlie has a little sore developing on his paw and he really likes to lick it so it was time to put on antibiotic and then his sock.  He is pretty good about it, but after a while we will notice it out in the yard somewhere because he has pulled it off. 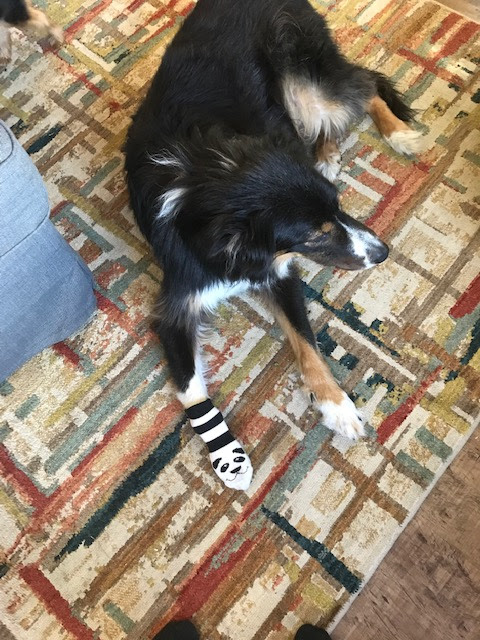 Today is the day that our friend Gary is going to be sworn in to the Kissimmee Elks Club.  We are going to go to support him as he does.  First order of business was having supper.  The Elks does a good job of feeding us and they are not that expensive.  Our friend Janice bought our supper which was a surprise to everyone!!  Thanks Janice.  When I gave her a hug, I asked her why, and she said just because she does that sometimes for good friends.  What a nice gesture.  We have made a lot of really good friends here! 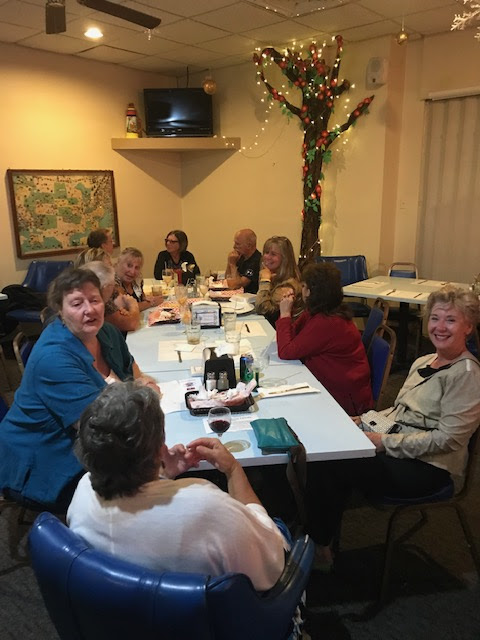 Then it was time for the induction ceremony. They marched all of the guests into the meeting room and sat us down to watch. 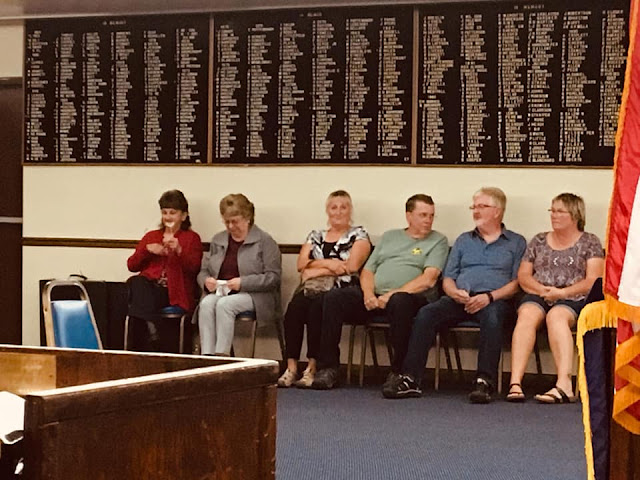 The ceremony was quite long and had a lot of pomp and pageantry to it.  I guess it is a long standing traditional ceremony.  This is the Elk sign that they use for ceremonial reasons. 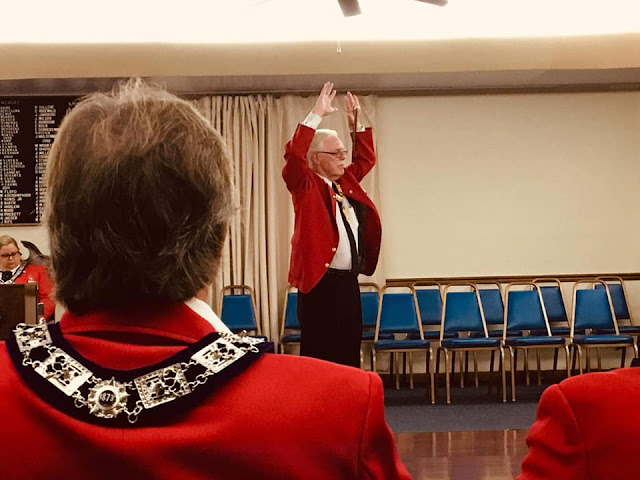 They all look quite official in their red jackets and all of the hardware around their necks. Here is a picture of the new Elks.  Our friend Gary is the one standing at the back.  Congratulations Gary!! 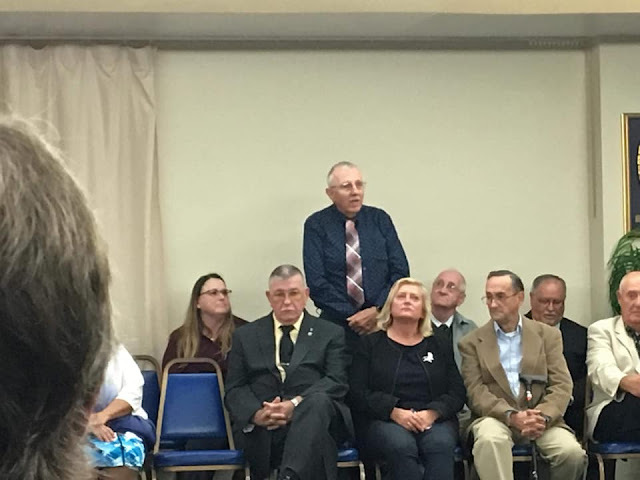 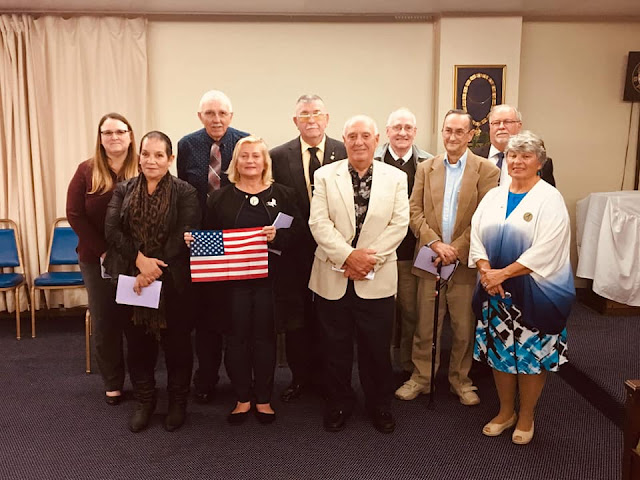 Now you know me well enough by now to know that I don't often do a completely serious post.  So to throw in a little humour, here is what the men's urinal in the Elks bathroom looked like!!  Rather than making a sign that says to "Aim Please", they have made it into a little game.  Ok guys tell the truth, you would play the game wouldn't you!!!   (I did  lol). 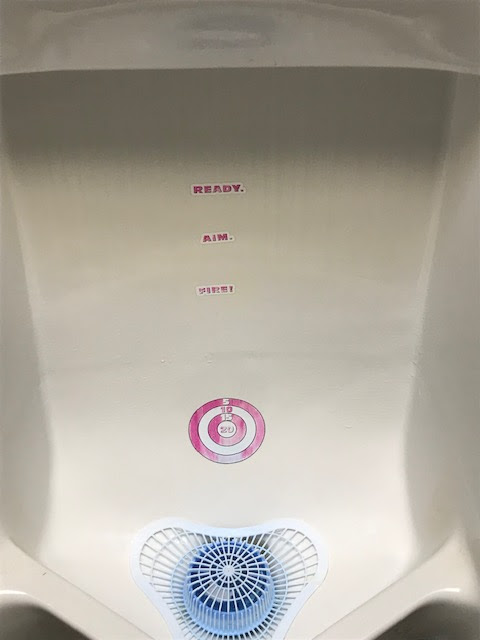 When we got home we had a little chit chat.  I looked out the window and Charlie had curled up with Sara Jane on her bed so that is our window view tonight. 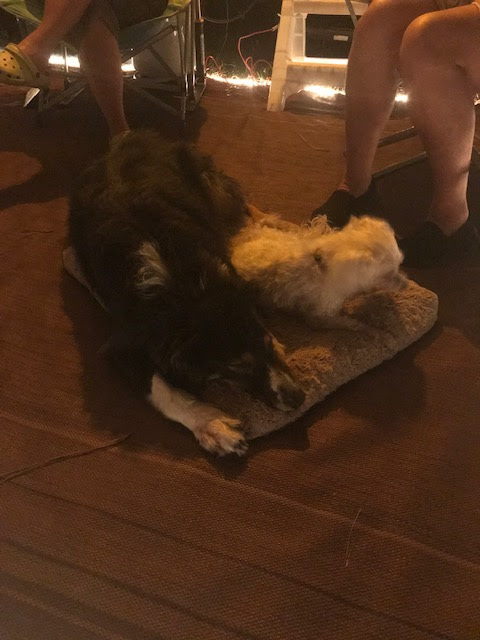 Posted by Lorne Green (A Place Called Away) at 06:35:00
Email ThisBlogThis!Share to TwitterShare to FacebookShare to Pinterest